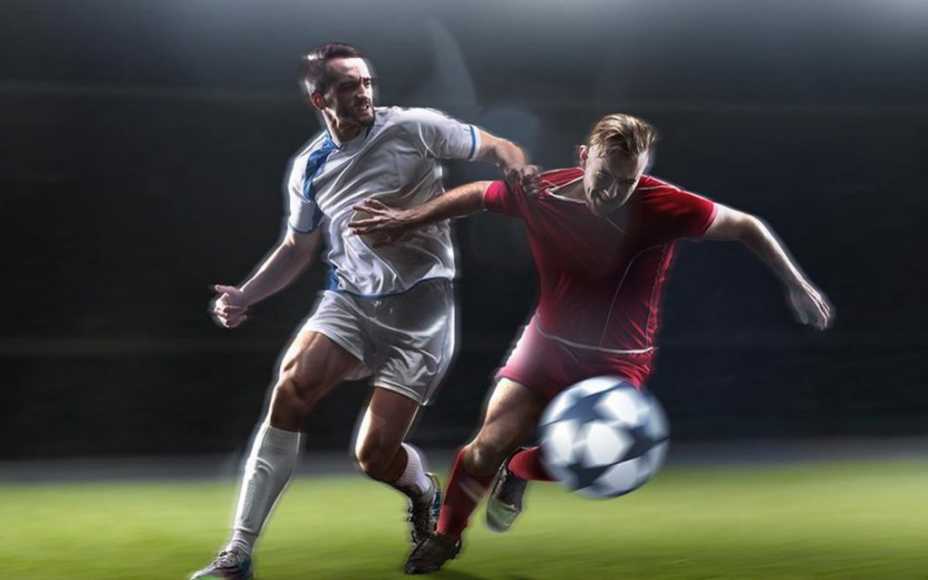 Football Sports Game is top-rated across the world and has a considerable percentage of active fans out there. Apart from real Football or Soccer game, there is Esports Football game which can be played on devices like Android, PC, Play Station, and other gaming consoles. The fun & action on Esports Football is very much similar as in the Real Football game because everything feels the exact real when you play it on your phone or other consoles. Notably, the modern Football games which have been released in recent years.

Modern Esports football games are well made and have great graphics. If you show the gameplay of the latest Esports Football game to youngsters, they will get confused in finding the difference between Real football match and Esport football match. Well, there are many quality football games available for Android device. And today, we are going to show you the 10 Best Offline Football Games for Android. So, let’s start this article.

Here are the best offline Football Games for Android that you should try to experience Football in your Android: 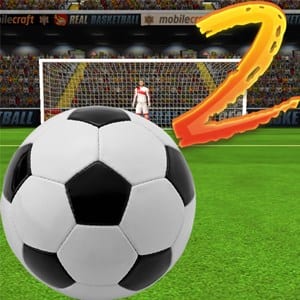 It is a free offline Football game available on Google Play Store with over 20 Million downloads. Flick Shoot 2 offers 3D graphics gameplay and show realistic animation in the match. It also highlights the best shoots with excellent animation, which looks very real. Flick Shoot 2 can be played in single mode as well as in multiplayer. Single-mode requires no Internet access, whereas multiplayer mode requires Internet access. In single mode, you will be completing missions & challenges which will increase your rank, points, and earn you rewards. There are more than enough tasks on Single-mode which is going to take a lot of hours to complete.

This game is known for Flick entertainment because it has a separate mode in which you can learn or try how to do a perfect flick. In that mode, you can use its unique flick control feature to experience flick kick. 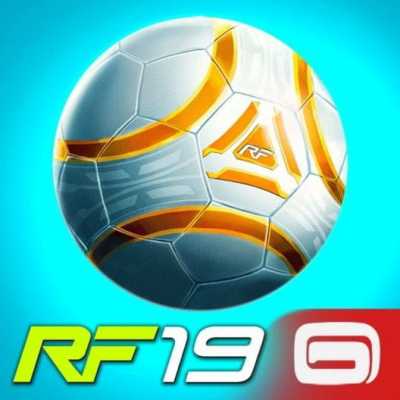 Real Football is another excellent offline football game which is launched by Gameloft SE. Unlike other Offline Football games for Android, it is super lightweight and only requires 32MB to download & install. Currently, it has over 50,000,000 downloads, and the number is going up every week. In Real Football, you will see stunning visuals, 3D stadium, polished shadows, detailed textures, and spectators all come together to provide an exciting atmosphere! You will almost feel like you are in a real football field and competing with the other team.

It will also show Multiple camera views during cutscenes and set pieces for a richer broadcast and first-person sensation. This way, you will not feel boring in any short interval. Moreover, playing this game is a bit harder because Gameloft has set the difficulty in the game Hard. You will face a tough challenge while making Goal in the match. So, try it and experience a stunning Real Football game on your Android offline. 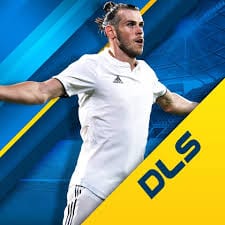 DLS (Dream League Soccer) is one of the Top loved Football (or Soccer) game for Android that has been downloaded over 100,000,000+ times. It has just revolutionalized the Football esports gaming on the Android platform. People who weren’t interested in the Football game are now addicted to this game. First Touch Soccer Ltd launched DLS in December 2011. And from its initial release date, it has always received positive results, and that’s the reason why the development of the DLS series continues. This is a single Football game in which you get pretty much hands-on everything including team, stadium, match, jersey, etc.

You will get the freedom to customize your own team in your way. Also, you can select legendary players in your team, and you will also be able to see their style and face on the match because DLS offers realistic animation with 60fps dynamic gameplay. Moreover, you will also face severe challenges in competitions because of AI-based players. Make sure you must try this offline football game for Android. 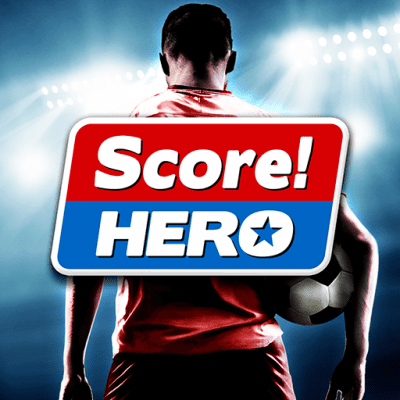 Another fantastic offline Football game for Android made by First Touch Games. Score! Hero is where you can show your real talent of esports Football. Pass, Shoot & Score is a simple formula that can make you stand out in this offline football game. But it’s not easy as you might think, its harders than all the above-listed football games. However, Score! Hero has 660 challenging levels and its keeping counting. Also, your opponents will play using AI intelligence, and they can adapt to your passes, and shots making each play through different.

Moreover, it offers Stunning 3D graphics, cut scenes, and animations which looks very fantastic and entertaining as well. You can customize your own hero in a unique way, but your team jersey will be the same and different from you. And whenever you win a match in this Score! Hero, you & your team will be rewarded with Trophy and Awards. This is a Recommend offline Football Game for Android. 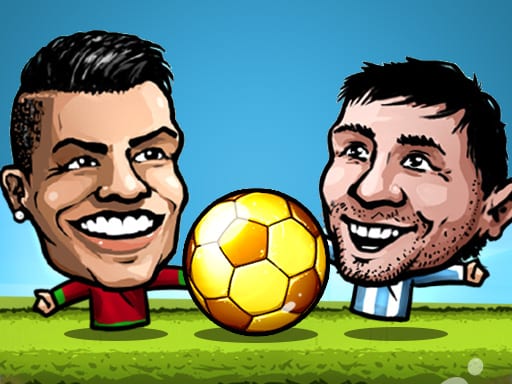 Football game should be full of action and Entertaining. Trust me, whenever this deadly combination gets implemented on any football game, people start rushing for downloading it. Because it’s way better than just scoring a goal and winning trophy & rewards. We play esports football game not to win or achieve something in the game, and we play for entertainment & action, so we get instant pleasure and relaxation. Head Soccer is what offers the exact Entertainment & action. It is a funny football game which let us play in unbelievable places such as Forest, Road Side, Ship, etc. It offers super easy control which anyone can learn in the first attempt or match.

Moreover, there are prebuilt shots buttons which can help you beat your opponent easily like shots such as dragon shoot, ice shoot, and lightening shoot. It has seven game modes in which you can enjoy and have fun. Check out this if you are looking for a Great Offline football game with incredible entertainment & action. 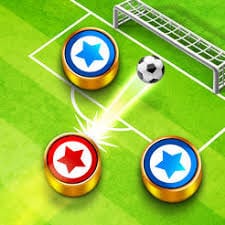 A similar Football game with Head Soccer but has some incredible features & elements which separates it and make it the best offline football game. Soccer Stars is a great Fun football game in which no human players are available. The only thing you see in the match is a football with some stars in between the two nets. Buts its really an interesting and entertaining football game. However, you can join a match with your friends and directly compete, Amazing ball physics, Collect different teams and cups, Simple and fun gameplay, etc.

Try it if you are looking for an exciting and entertaining football game for your Android. You will like it. 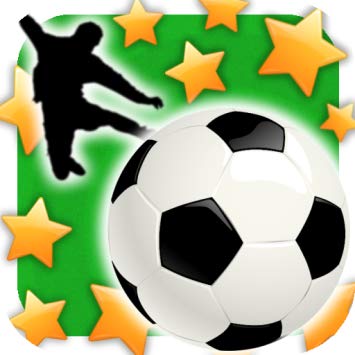 On Google Play Store, with over 1 Million stars, it’s offering a excellent Football experience on Android phone. New Star Soccer is not that high-quality football game, but it has some fascinating stuff that has attracted millions of users. Such as Retro & Classic Graphics option, BAFTA – Award Winning Gameplay, Extra Addons to improve performance during the match, Practice mode, and more. New Star Soccer is one of the top addictive football game which is free to play and most importantly, it’s offline. 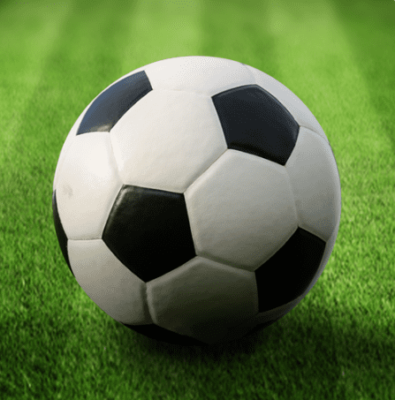 A tremendous offline Football game for increasing esports football skills. With its unique features, you will be able to master the Esports football skills. It offers excellent gameplay, 3D Graphics, playable on Tablets & Android phones, a considerable number of teams with over 2000 players, Supports 15 languages, and more. Most of the games that we have recommended above are in the English language, and there is no option to change. But in the World Soccer League, you can choose any language from a total of 15 available languages.

Moreover, during the match, the camera will move smoothly, and you will be able to enjoy splendid dribble and thrilling shooting. It also has a total of four different modes Exhibition, Cup, League, and Training. The first three is competitive mode whereas, the fourth one is for practicing. Test it out, and you will like it. 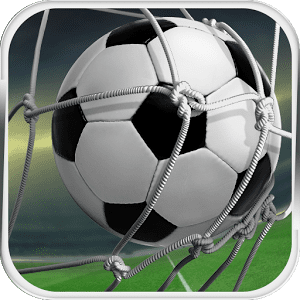 It is a Realistic, Immersive & Addictive offline football game. Ultimate Soccer – Football is top-rated for its fast-paced gameplay & 3D polished graphics. Its gameplay gives feel like playing PC or Play Station’s Soccer game because the physic of every player looks very attractive and original. Even the sound effect while kicking ball & cheering by people gives the feeling of watching a live football match.

Well, in this game, you will get 1000+ players to set your lineup, formations, and tactics. You will be ruling your team, and you have to make decisions in every situation to make sure you win the match and get rewarded with respect & trophy. 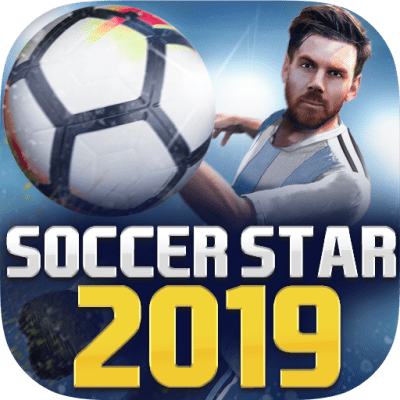 It is one of the few football games that has just launched and grabbed a great position on the list of best Football games. It is a kind of story-based football game which is divided into levels. There will be new challenges waiting for you at every level as you start performing better. Coming to its features, it has more features compared to any football game listed above. It has Unique football, All the Favorite nation teams, Different Soccer Modes, Football Manager, Powerful soccer boots and football kits.

Once you start playing this game, you will not be able to get off it because it’s insane and addictive. Also, it has some new elements which you won’t see in any other football game. Make sure you check out this modern offline football game.

So, that was it. Check out these ten best offline football games and tell us in the comments below which one you liked the most. Or Have you played any of the above football game before?