Sorry, you have Javascript Disabled! To see this page as it is meant to appear, please enable your Javascript! See instructions here
Apple CEO Tim Cook's net worth has exceeded $1 billion - Naijatechnews

According to the calculation of Bloomberg Billionaires Index, Apple CEO Tim Cook’s net worth has climbed to more than 1 billion US dollars. 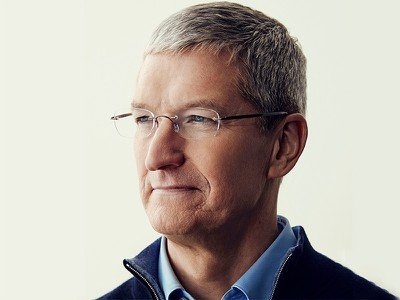 Although Cook’s net worth reached US$1 billion, he did not rank on the list of the world’s 500 richest people. This list is led by Amazon CEO Jeff Bezos and former Microsoft CEO Bill Gates. According to Bloomberg News, Cook’s net worth is calculated through regulatory documents and market performance.

When Apple’s former CEO Steve Jobs passed away in 2011, Apple was valued at approximately US$350 billion. Under Cook’s leadership, Apple has developed significantly . Cook’s wealth stems largely from the stock awards he provided when he took over as CEO.

Later this month, Cook will receive his ninth salary, which includes 560,000 shares of Apple, which should increase his net worth by approximately $100 million.

Naijatechnews.com understands that Cook has said in the past that he plans to donate most of his money to charity and he is developing a “systematic approach to charity.” In the past few years, Cook has donated $5 million in stocks to various charities every year, but it is not clear which charities are specific, and whether there are other undisclosed donations.