How To Use New WhatsApp Status Update Feature On iPhone

Are you looking for the best apps like Truecaller for your Android and iOS device? We’ve got you covered in this article you’re reading here on Naijatechnews.

Truecaller is one of the best call blocker apps out there and it has quite a number of amazing features you can enjoy. With this app, you can identify unknown callers, block spam messages and also search for a number you once lost provided the user is registered on Trucaller.

Despite the awesomeness features of the Trucaller app, there are some downsides to using the app, especially on a low-end device. These days users of the Truecaller app have complained about the quick battery drainage, lagging and also collecting too much data about their calls and contact.

Well, there are different Truecaller alternatives out there and if you feel like you don’t want to use Truecall again, you can check out some of the best apps like Truecaller or apps similar to Truecaller in this listicle.

Without saying too much, let’s dive into the list of these Truecaller alternatives and let’s see which app is well suitable to use. While Truecaller holds the record for most users on a call blocker app, these apps aren’t really on par with it.

With over 30 million active users, Caller ID holds the record for one of the most trusted communication apps in the world. This is an app you can use to block calls, get the real identity of a caller and also do a number search without stressing too much, this app has a lot of features and it works just like the Truecaller app.

Caller ID is a lightweight app and it won’t make your Android device lag nor will it cause the battery to drain fast. You can also use the Caller ID app to make calls by using its dialer to dial numbers. It’s a simple app and it’s also one of the best apps like Truecaller.

WhosCall was developed by Gogolook to help in identifying spam, unwanted callers and incoming calls easily. One of the most popular features of this app is that you do not need an active data connection to use this app. Even Truecaller cannot do this. You can even find deleted contacts on this app through a special feature. 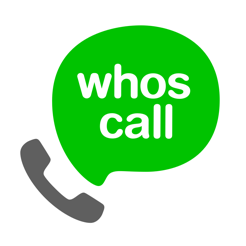 Another awesome app similar to Truecaller is the ShowCaller application, this app helps in avoiding telemarketing calls, robocalls, scam SMS and even unknown numbers. It can also work offline, without an active data connection. The ShowCaller app can also record incoming and outgoing calls clearly.

If you’re looking for a good app like Truecaller with the same features and doesn’t drain battery nor consume too much of your Android device space and resources, then it’s the Showcaller app you need to download and install on your Android device.

Eyecon Caller ID is an amazing app that helps identify calls and block spam calls. The biggest feature of this app is its ability to sync with social media profiles. This feature helps you get more information about your caller as Eyecon Caller ID creates a photo-based address book and dialer.

However, Eyecon Caller ID has a smaller database than Truecaller so it might not work as consistently as Truecaller. But it’s still a wonderful app that works nicely and it’s one of the best Truecaller alternatives out there.

Apart from its quite interesting name, this app is on par with some of the greatest caller identification apps on this list. It has won numerous awards and it has been featured PCMags 100 best Android apps, it also won an award for being one of the best communication apps. It works just like the Truecaller app and it has different features.

You can also set commands in advance for it to block calls in different conditions, from specific callers in particular countries and area codes. It also helps block international spam calls and search for unknown numbers. You should make sure to check this app out. 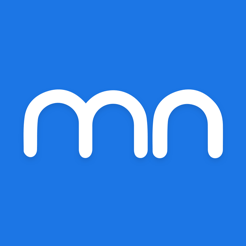 Hiya is one of the most popular caller ID apps in the world. It has very special features that make it a perfect alternative to the Truecaller app, unlike some apps that you’ll need to use an Ad blocker app, Hiya doesn’t support advertisements but it has some premium features you’ll need to pay for.

Also Read:  How To Download Manga on Android With Manga Downloader

One of these features includes its ability to detect fraud calls and block spam calls. It also has a personal assistant in the app that takes care of undisclosed numbers and calls. There is also an exclusive news section that gives you premium information about Hiya. 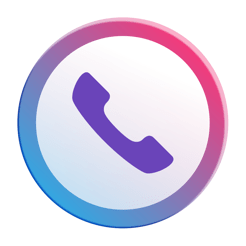 Call Blacklist might not have all the features you’d expect from an application that is being listed as one of the best apps like Truecaller, but there’s one thing this app is really good at and that is the ability to block calls and SMSes.

If you often receive tons of spam calls, then this app is just the one you need. Calls Blacklist biggest feature is its ability to block spam calls. The app boasts of blocking 86.7 per cent of telemarketing calls and that’s a pretty high percentage and that’s why it’s one of the best apps to use.

CallApp is an app that identifies calls and blocks spam calls just like the rest of the caller ID apps. One of the best features of this app is its ability to record calls. CallApp is capable of recording both incoming and outgoing calls which is a plus for users looking for just that feature.

It works just like the Truecaller app and that’s why it’s one of the best apps like Truecaller out there. You can download it on your Android device, it’s completely free to use.

There you go. That is our list of the best alternatives to Truecaller. You can check them out and also leave us a comment below if any of the listed apps did offer you a better experience that is different from that of Truecaller.