Apex Legends – A legend Among the Games 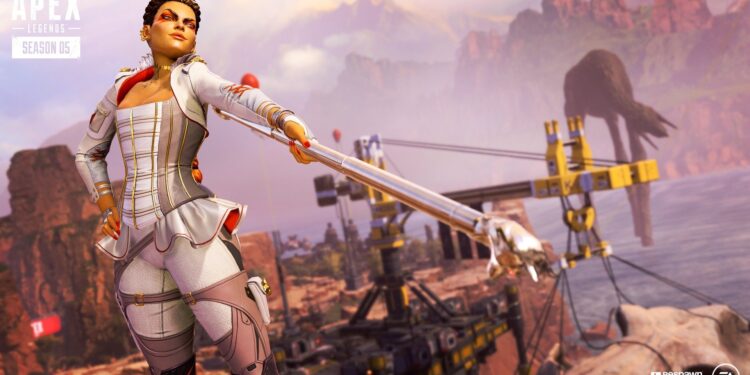 We confidently declare that Apex Legends is the most complete game, no other game in the same style can insist on this title. The shooter genre is very trendy, so every day, more and more games are created that, on the one hand, do an excellent job but also have some defects.

Battle royal’s team competition includes only squad-based mode, which divides all players into 20 teams of 3 players who are opposed to each other. All things in Apex Legends pursue further unity inside your alliance, such as work equipment, improvement, and strengthening of the detachment elements, ranking the abilities of individual heroes of the game.

Apex Legends differs from the rest in that it perfectly blending the ideas from all previous shooters. The rules inside the game practically do not vary from the classics – the team lands on a huge isle on which they need to collect and improve their firearms and to encounter other teams in battles, fighting for their place on the island. Only the strongest will remain.

We want to mention a new modification in Apex Legends, which is also very identical to what Blizzard has made to FPS games on Overwatch. At the beginning of each campaign, players will have to choose one of the characters represented, each of whom owns his technique. Defensive Gibraltar can put a protective armor for his team and collide from the sky, thereby throwing the enemy team away. The offensive Wraith can move between two positions or fade for a while completely so that no one can hit him during the battle. The supportive Pathfinder seeks out a place with pre-strategic dominance is and transfers his allies there. But it would be best if you kept in mind that this specific game is intended for a lot of user companies. When playing separately, you will never get the kind of wallop you can have if you play with someone.

Apex carefully thought out the interface of this product, that you only need a few seconds to determine what is useful to you at this level, and what can be postponed for a while.

Undoubtedly, the best in Apex Legends is a specially created super reliable “ping” system. Just one click of your mouse is enough, and you put a mark on the map, which all your game friends can see. This auxiliary system is so convenient that it is even easier to put a mark on it than to talk. We list some more advantages – helps to provoke items that you need to overcome this or that level, spots the areas where you want to get, or determine the places through which other teams have transferred. First and foremost, you can use pings to designate opponents’ positions.

Move on to prize-boxes, There are two options for getting them, and if you don’t want to spend money on them and make banking transactions, then you can just play more time. Rejecting the payment will not affect your rating in the game; you can not worry about it. When you first start the game you will be offered only six complimentary open characters, to unlock the remaining ones you will have to work about 17 hours or pay, it is always on your choice. Also, in forthcoming, we are planning, together with Respawn, the introduction of new characters into the game so that we can identify members who do not want or cannot grant any fund for it.

Apex Legends is a combination of the best properties and concepts from play-games of the same kind, making it the undisputed leader and indicator for everyone how games should be developed in the future.