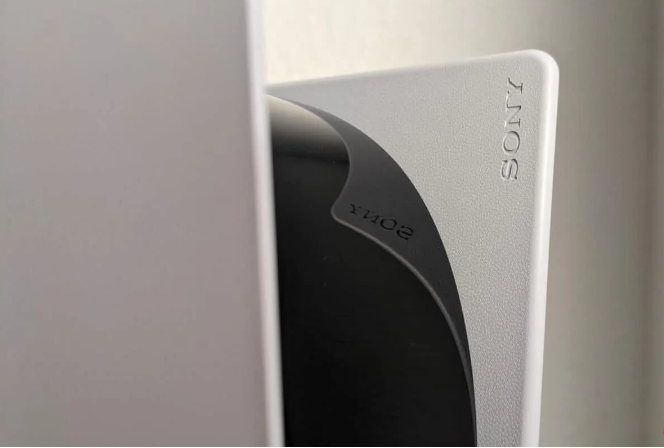 The PS5 finally has support for the expandable storage via SSDs, and we’ve put together a list of the best options you can currently pick up. Some things of note, though, are that not all SSDs will be compatible. On top of this some or all of the SSDs that are compatible may still have issues functioning as intended. And according to Sony, a compatible SSD may not run games as fast as the internal storage. However, this isn’t necessarily expected to stick around for a stable feature release. it could, though.

Last week, Sony confirmed that expandable SSD support was here. The main caveat being that you only have access to it if your PS5 is running on the beta software. That’s because the expandable storage support was rolled out as part of the first software beta program wave.

Which Sony sent out to consoles in the middle of last week. To be considered, you have to have registered to participate in the PS5 software beta program. You can find out more about adding expandable storage to your PS5 by clicking here. You’ll also find the recommended specs list in that post.

Below you can find a summary table of all the compatible options we selected. Complete with model name, the cost, and links with where to buy them. You can find more detailed information below the summary table.

We’re starting with the option that would be our first pick for a compatible SSD. And that’s the WD_Black SN850 from Western Digital. Not just because it meets Sony’s recommended specs, but also because Western Digital makes some of best SSDs on the market, and now that includes for the PS5.

Some things to keep in mind though about this SSD and all the options on this list. This isn’t a PS5-specific NVMe SSD. However it does check all the boxes for specifications. Which means it should work as expandable storage for your PS5. In fact it was even the one recommended by Mark Cerny.

You can pick up the WD_Black SN850 in as little as 500GB, and up to 2TB. 4TB is the maximum amount of capacity allowed for the expandable storage. Also worth noting is that the 2TB model costs more than the PS5 console itself. So consider how much having 2TB of additional space is really worth to you.

In addition to varying storage capacities, Western Digital also sells the SSD with and without a heatsink. Though you won’t necessarily NEED to have a heatsink attached, Sony did recommend you have it. So it’s probably better to go with a model that has a heatsink already on it. Next on the list is the XLR8 from PNY. PNY makes a ton of different storage devices, and this includes NVMe SSDs for PC. Specifically the XLR8 meets all the requirements that Sony put on its list of recommended specs, and this one isn’t too pricey so it’s one of the best SSDs for PS5. Seagate has been a go-to option for console expandable storage since the Xbox One and PS4. Both of which it offers officially licensed options for. With the PS5, Seagate doesn’t have an officially licensed PlayStation storage option like it does with the Xbox Series X drives. But this FireCuda 530 M.2 NVMe SSD does meet Sony’s recommended specs.

So it should work just fine for additional storage on the PS5. Allowing you to store games, and run them, from this internal SSD. This option also comes with a heatsink. Although, neither the non-heatsink or the heatsink model seem to be in stock at Amazon.

You can also get it with as little as 500GB of storage and up to 4TB, which is the maximum amount Sony will let you use. This drive has a read speed of 7,000 MB/s, and the mode with the heatsink meets the size requirements without any issues. GIGABYTE makes one of the best NVMe SSDs available for the PS5, but there is at least one drawback with this particular NVMe SSD. This one doesn’t come with a heatsink option. Which means if you want a heatsink, you’ll have to get one separately that meets the recommended specs, and attach it yourself.

Aside from that, you’ll get multiple storage options here. GIGABYTE makes this model in 1TB and 2TB options. If you really don’t want to have to worry about space for a while, the 2TB option should do the trick. But expect to pay more than a few hundred for it. As the 1TB model sits at around $260.

This driver also provides read speeds of up to 7000MB/s. So it more than meets the recommendation from Sony. This wouldn’t be a proper list if it didn’t have at least one option from Samsung included. The Samsung 980 Pro 1TB is that option and it hits most marks. While it doesn’t come with a heatsink, you can get a hold of one so that shouldn’t be an issue if you do want to use one. Though it will certainly cost you a little extra.

When it comes to read speeds, you’re looking at up to 7,000MB/s like a few others, with storage options starting at 250GB and going all the way up to 2TB. Having said that, 500GB is the minimum that Sony will let you use inside of the PS5. And you actually may want to bump that to 1TB, given the size of some games these days.

Like all the other SSDs on here it’s an M.2 NVMe drive, and it’s using PCIe Gen4 technology. Samsung also boasts things like smart thermal control, and a PC suite you can download to help easily manage things like driver updates, drive health and more.

Samsung now offers a model that comes with a heatsink, so you can pick this SSD up without having to attach a heatsink yourself. Coming up towards the end of the list is this option from Sabrent, which is not only one of the best SSDs for the PS5, but also one that is consistently in stock. This requires a heatsink as well, so keep that in mind, as the $199 starting price is for the 1TB model without a heatsink already attached.

You can also get the drive in 2TB and 4TB options. Although, the 4TB drive is currently listed for $999. So it isn’t cheap and you have to consider whether or not you’ll actually use that much storage.

For read speeds, you’re getting up to 7,000MB/s, and without the heatsink you should have no issues with size requirements. Since you need to buy the heatsink separately on this one, make sure to find one that fits in the slot based on the length, width, and height measurements that Sony listed. If you decide to get a heatsink that is. Corsair has an option for you that fits in the slot, so long as you don’t use the provided heatsink that comes with the drive. It’s taller than the size requirements that Sony listed, because with this heatsink on you won’t have enough room to re-attach the cover for the expansion slot. Which you probably want to keep on when the expandable SSD is installed.

You can however buy a separate heatsink though that will fit this and some of the other drives that don’t come with one. At a fairly inexpensive price no less.

Outside of the heatsink, everything seems to be up to par here. PCIe Gen4 technology, read speeds up to 7,000MB/s, and it comes from a brand that is well-known. At $200, the price is also right around the same amount as most other options. Finishing off the list is the Viper VP4300 from Patriot. patriot makes some pretty good RAM, so you can expect a similar experience with the brand’s storage options. It also comes with a 5-year warranty, so if things go wrong with it then you should be covered.

The Viper VP4300 comes with a heatsink installed and it meets the size requirements. Which means you don’t have to buy one separately and attach it yourself. Saving you some time in getting this thing installed should you choose it over the others.

Read speeds on this drive are a tad above the other. Sitting at up to 7,400MB/s. Although this one costs a little more on Amazon, it’s still one of the best SSDs for the PS5. When it comes to drives, this is my personal choice and the one I now have in my PS5. I was using the 1TB model without the heatsink, which meant I had to slap on a third-party heatsink from a company I found on Amazon. It has worked just fine, but I wanted more space.

Comparing this to the 1TB model, this is exactly the same except for the heatsink. Which comes factory from Samsung and it’s pre-installed on the drive out the box. This means it’ll have the same read and write speeds making this one of the best SSDs for your PS5, but because it’s using a Samsung factory heatsink your temperatures may be higher or lower than a 980 Pro with a third-party heatsink.

Not by a lot mind you, and you probably won’t notice any difference anyway. All that said, if you’re going to go with the Samsung 980 Pro, which is one of the best drives out there, the 2TB may be a better option for you if you plan to install a ton of games. It’s normally almost $300 more than the 1TB model without a heatsink. So take that into account. But it’s currently on sale right now for $100 off. Bringing the price down from $449 to $349.