DStv to bring Incredible Pop-Up Channels to Your Screen

In a bit to make all its subscribers happy this season, MultiChoice DStv is bringing to your TV screen Afro-Cinema on Channel 198, and Fast and Furious Pop-up channel on channel 111.

In the lead-up to the highly anticipated global cinematic release of Fast and Furious 9, M-Net Movies will be bringing the legendary street racing crew whose law-breaking talents lead them to become world-saving spies. 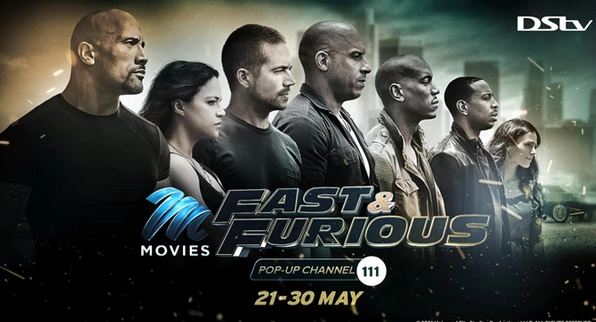 MultiChoice DStv is also launching M-Net Movies Afro-Cinema, a pop-up movie channel dedicated to showcasing and celebrating contemporary African films. The Afro-Cinema Channel will be available from Friday, 21 May, to Sunday, 30 May 2021, on Channel 198 to DStv customers on Access to Premium packages across the continent.

The Afro-Cinema Channel is curated to celebrate Africa’s cultural diversity, aptly reflected and captured in the work that is being produced by filmmakers all over the continent.

So, buckle up for ten days of pure adrenaline as these new pop-up channels take you on a thrilling ride from underground street racing, hijacking, and heists.