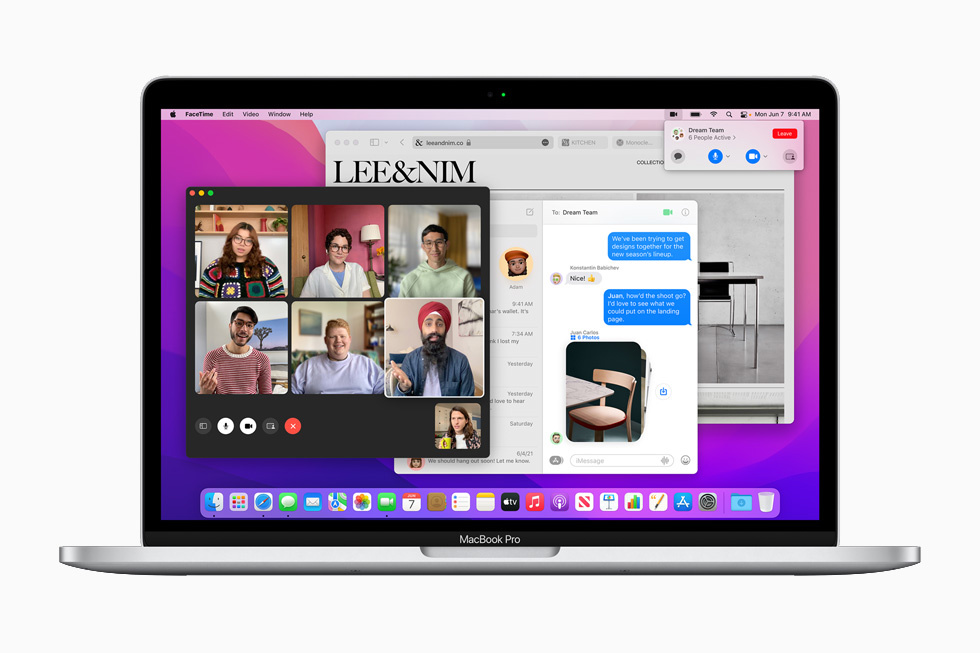 According to Apple, although macOS Monterey has many great new features, several of them are not available on Intel-based Macs.

Naijatechnews is informed that on the macOS Monterey function page, small fonts show that the following functions require a Mac equipped with an M1 chip, including any MacBook Air, 13-inch MacBook Pro, Mac mini and iMac models released since November 2020. 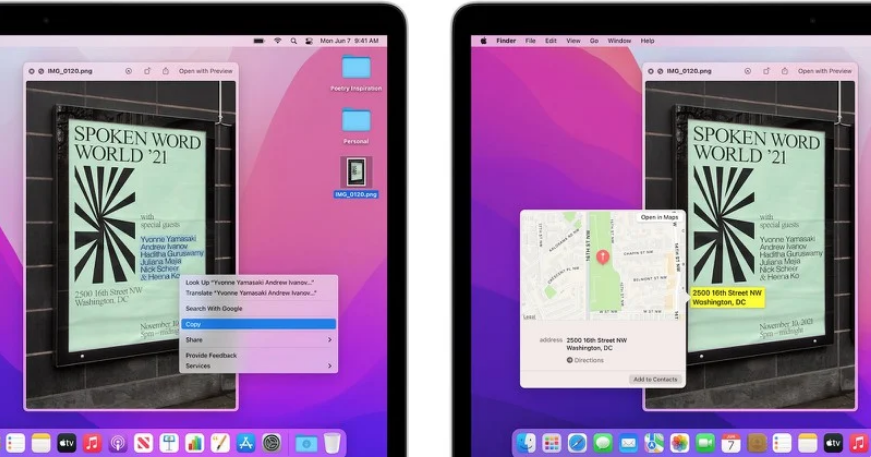 Apple did not explain why these features are not available on Intel-based Macs. It is worth mentioning that Google Earth has long provided interactive 3D Earth on Intel-based Mac computers, including on web pages and applications.

According to Rene Ritchie, Intel-based Mac computers lack a neural engine, and many (but not all) of these functions require a neural engine for technical support. 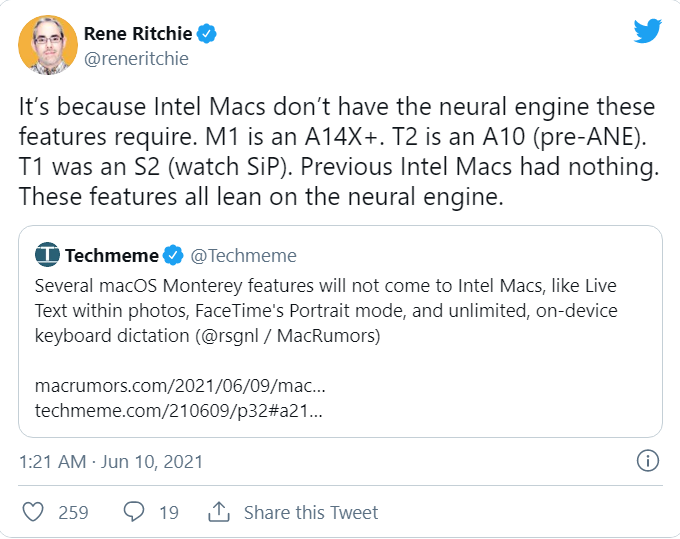 Apple is currently in the two-year transition period from Intel processors to its custom Apple Silicon chips, and this transition is expected to be completed in 2022 WWDC. Facts have proved that Macs with M1 chips are much faster than equivalent Intel-based products, and even the basic model MacBook Air with M1 chips surpassed Intel-based 16-inch MacBook Pro high-end models in benchmark tests.

It is widely rumored that Apple plans to launch redesigned 14-inch and 16-inch MacBook Pro models later this year, and use faster M1X chips .

macOS Monterey is still compatible with various Intel-based Mac devices, and is now available for developers to provide beta versions.