FIFA 23 World Cup mode: All you need to know 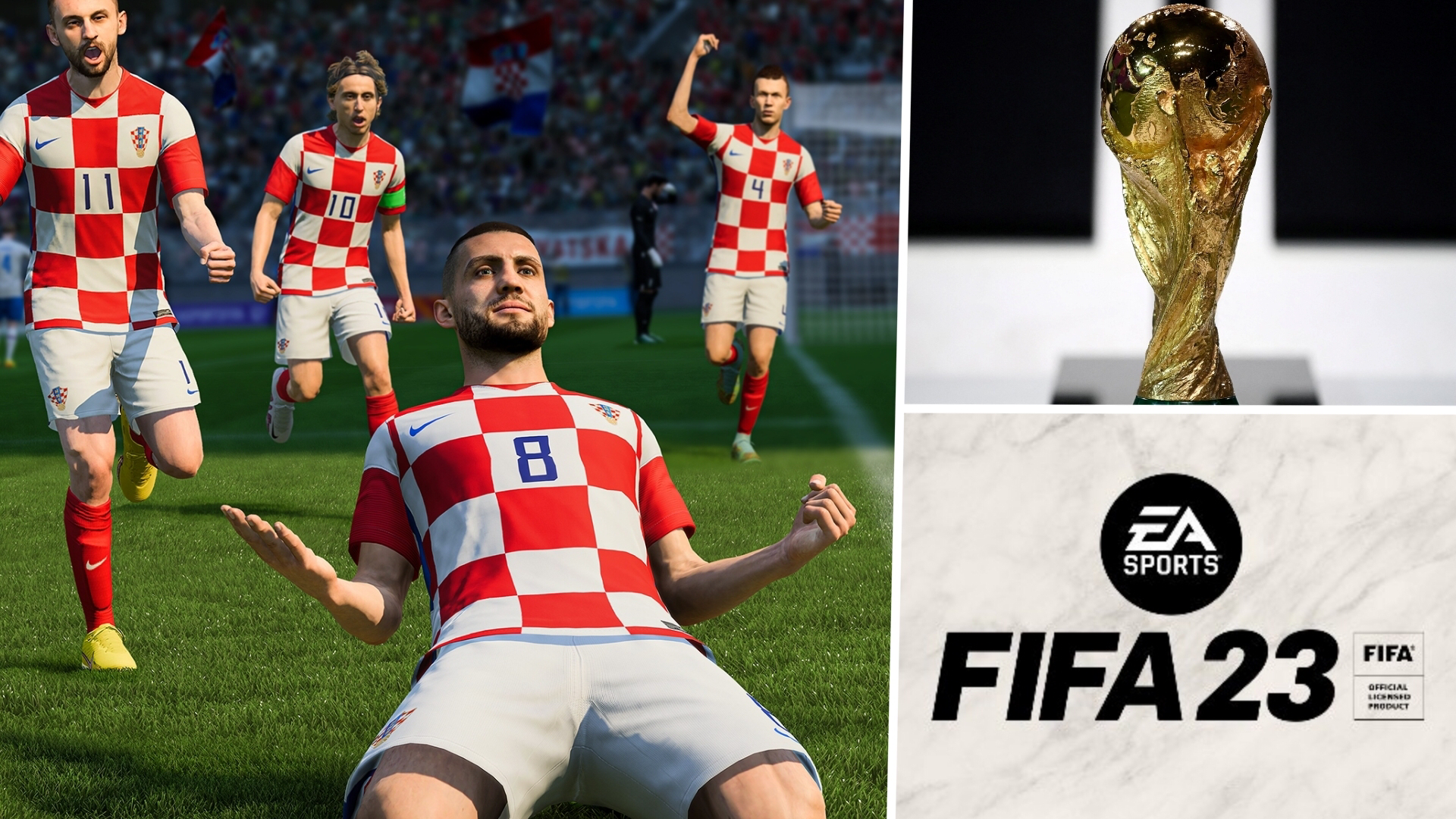 Fancy your chances at lifting the grandest prize in football? You’ll be able to give it a shot on FIFA 23

FIFA players will have the chance to lift the World Cup in virtual form when the much-loved game mode returns for FIFA 23. Those who played the world’s most popular sports video game back in 2014 and 2018 will remember the introduction of modes that marked the grandest competition in football.

FIFA 23 will include a World Cup game mode in line with the tournament in Qatar that is set take place in November and December 2022, as well as the Women’s World Cup in Australia-New Zealand next year.

Naijatechnews  presents all the details you need for one of the most exciting additions to the FIFA franchise.

EA Sports has confirmed that the 2022 World Cup in Qatar and the 2023 Women’s World Cup in Australia-New Zealand will be available in FIFA 23 as post-release content updates.

These updates will be free to download, so those who purchase the game when it comes out in September will not have to incur an additional expense.

EA Sports has promised further updates soon, with the game set for worldwide release on September 30, 2022.

Many FIFA players anticipated that there would be a World Cup mode on FIFA 23 before it was confirmed. That’s because it was a huge hit during the two previous tournaments, in 2014 and 2018.

As those tournaments were both summer versions, it was added in the summer of the years in question. In FIFA 14, the World Cup mode was purely an Ultimate Team (FUT) add-on as there was a whole separate video game made for the tournament in Brazil.

It was a huge success as the top players were easily attainable without the need for large in-game purchases, which has been cited as a reason for people falling out of love with the popular game mode. FUT managers would play through the World Cup against other players online and would earn coins along the way that could be spent on World Cup packs.

FUT players were naturally excited when the World Cup mode returned in FIFA 18 alongside the tournament in Russia. With the same features as those in FIFA 14 setting the foundations, the addition of ICONS from previous World Cups, as well as Squad Building Challenges (SBCs) and dynamic items made for an enhanced game experience.

What will be included in FIFA 23’s World Cup game mode?

The DLC is expected to include every team, player, stadium and most, if not all of the eye-catching kitsthat will be used throughout the month-long tournament in Qatar. If previous editions are anything to go by, a FUT add-on will be introduced where players will be able to build their own teams made up of those competing at the World Cup.

Despite the tournament finishing in December, the World Cup game mode is likely to be available until the end of FIFA 23’s game cycle. That will allow players more time than they have previously been allowed to acquire each of the world’s best players.

As well as ICONS, the newly-added Marvel-linked ‘Heroes’ may also potentially be involved in the game mode. The likes of Rudi Voller, Yaya Toure and Landon Donovan (read the full list – including ratings – here) will come into FIFA 23 for the start of the World Cup.

Which teams will be in FIFA 23 World Cup mode?

While many FIFA players will only be focused on the FUT add-on, there is likely to be single-player and online tournaments where players will be able to compete with whichever of the 32 nations they choose. The World Cup groups and teams can be seen below

When and where is the 2022 World Cup taking place?

The 2022 World Cup is the first to take place during the winter. It cuts most domestic European campaigns almost exactly in half with some of the world’s most popular leagues taking breaks to accommodate for the tournament.

The first game of the World Cup is due to take place on November 20 when hosts Qatar face Ecuador. Each of the eight groups will then be decided over a 12-day period.

Then, it’s time for the knock-outs which will whittle down the remaining teams into a two-team final. The showpiece match will take place on December 18 – a week before Christmas Day – at the Lusail Iconic Stadium.