Earlier today (8th June 2021), a retail listing revealed the pricing of the 12GB variant of the Realme GT. Now, we have received some information regarding the European pricing of the various configurations of the company’s latest flagship killer. 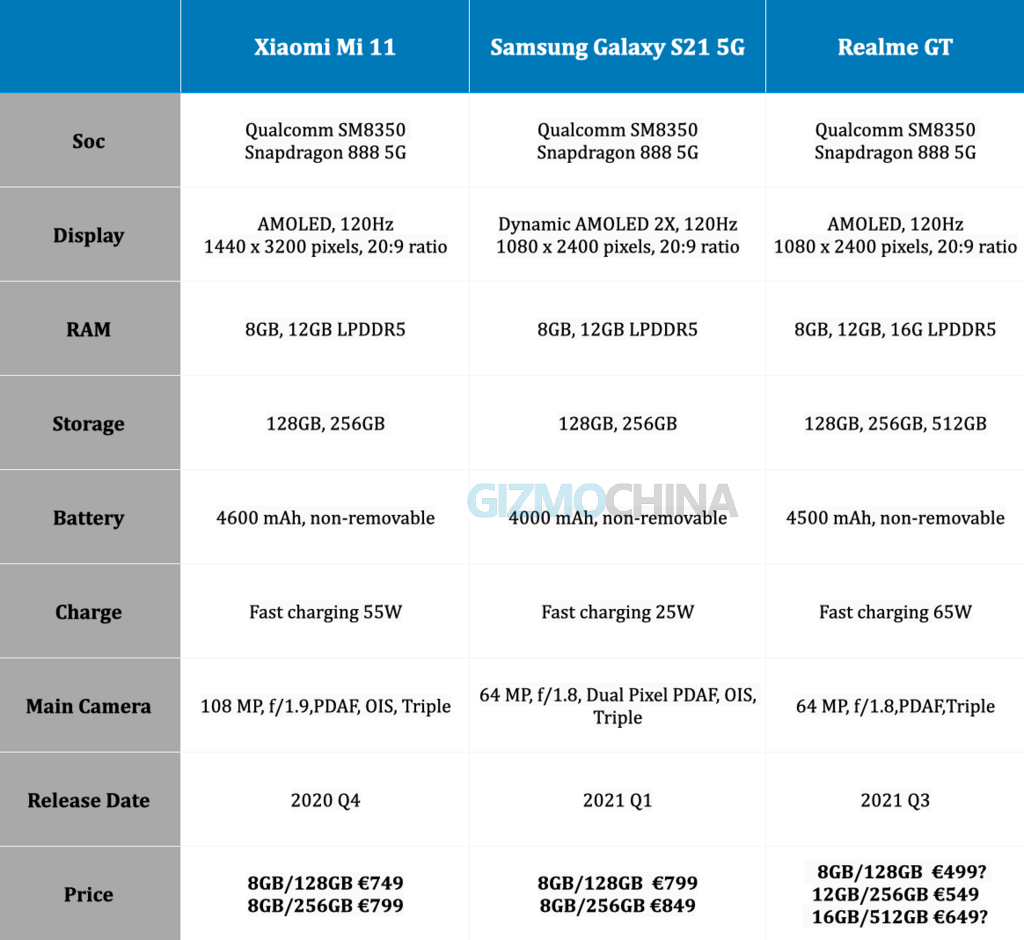 Looking at the spec sheet above, we can observe that the upcoming high-end device from Realme will likely start from 499 Euros (or roughly 607 US Dollars). This is for the 8GB RAM + 128GB storage version. The higher-end 12GB RAM + 256GB storage variant will apparently be priced for 549 Euros (roughly 670 US Dollars), which is in line with the listing that had surfaced. On the other hand, the top-end 16GB RAM + 512GB storage variant will reportedly go for 649 Euros (roughly 790 US Dollars).

Notably, the listing also offered us a look at the specs of the European version of Realme GT, which features a Qualcomm Snapdragon 888 SoC. This would also make the device the cheapest smartphone with the flagship Snapdragon processor in the region. Other notable features include a large 4,500mAh battery pack that supports up to 65W fast charging and a 64-megapixel triple camera module on the rear.

The smartphone maker is expected to officially announce the device in Europe on June 15, so stay tuned for more as we will be covering the launch event.