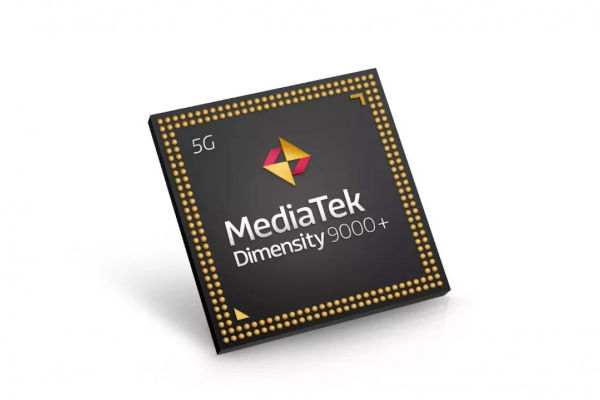 MediaTek has officially announced the powerful Dimensity 9000+ processor, which is an improved version of the Dimensity 9000 chip. The smartphone will be the basis of flagship smartphones with 5G connectivity.

The Dimensity 9000+ chip inherited the configuration from its predecessor, but at the same time received increased performance. Thus, the frequency of the Cortex-X2 core increased to 3.2 GHz; which provided a 5% increase in the performance of the CPU unit. Graphics node performance increased by 10%.

Support for LPDDR5x RAM, UFS 3.1 flash drives, Wi-Fi 6E and Bluetooth 5.3 is declared. The built-in 5G modem allows you to download data at speeds up to 7 Gb/s.

MediaTek Dimensity 9000+ Comes With Improved ISP And Increased Performance
Most flagship smartphones are traditionally based on Qualcomm SoCs, although from a consumer point of view it would be better to use Dimensity 9000 – it is not inferior in functionality, but at the same time more powerful for the same power consumption.

Snapdragon 8 Gen 1 noticeably lost to the Dimensity 9000 in power consumption. The latest Snapdragon 8 Plus Gen 1, according to official data, consumes less than its predecessor, but even if this is true, then the new Qualcomm SoC, most likely, only equaled in Dimensity 9000 in terms of energy efficiency. And the Taiwanese SoC is still faster.
With the new Dimensity 9000+ chip, we expect to get more performance, better energy consumption and less overheating. However, we will have to wait for a few more weeks to finally see the chip in a commercial smartphone to test it.