Musk’s platform is not effective, and cryptocurrencies fall again: Ethereum falls below $2,000


The cryptocurrency market continued its downward trend today. Ethereum plummeted by 13% in the day and fell below the $2,000 mark, setting a new low since May 19. In addition, Bitcoin is now down 7% to $35,000, Litecoin is down about 15%, and Dogecoin is nearly 10%.

As of press time, CoinMarket’s quotation is as follows: 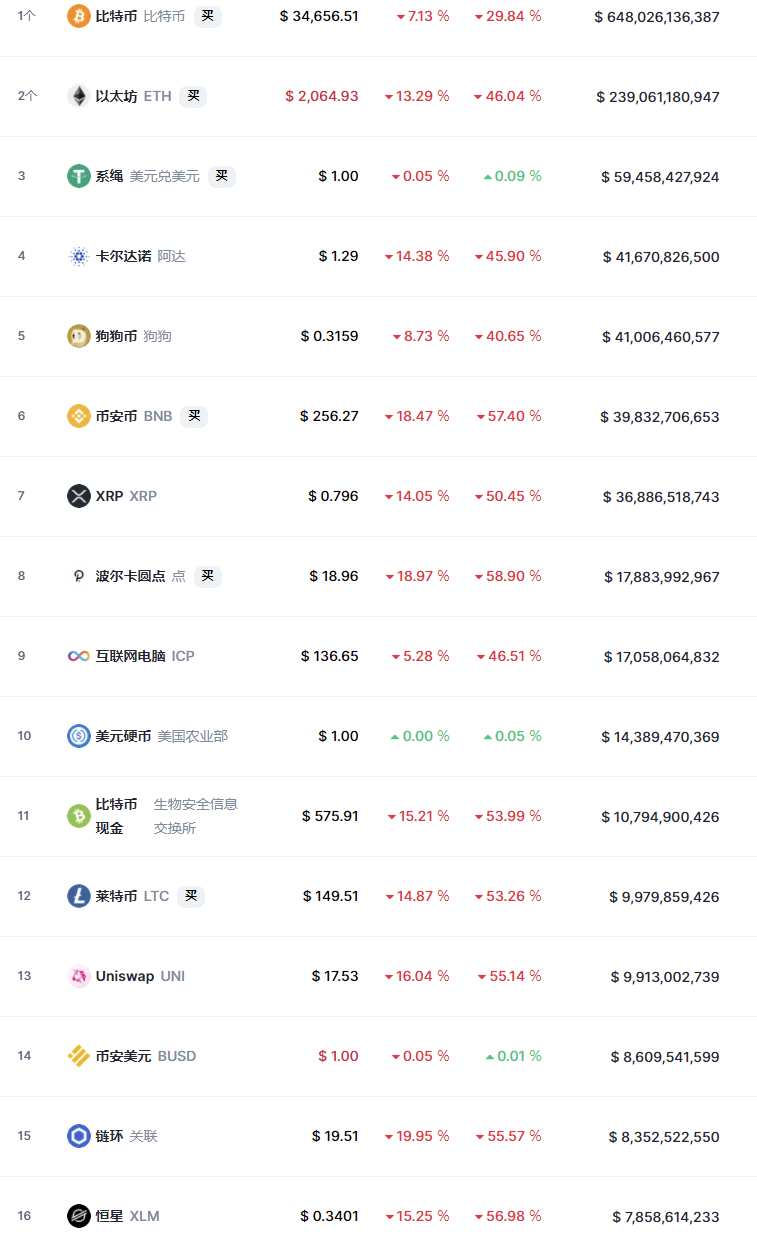 It is worth mentioning that a screenshot of the chat of “Huobi Mall Customer Service” circulated on the Internet today. The screenshot stated that “In order to comply with China’s latest industry regulatory policies, the mall has decided to suspend the provision of mining machines and derivative services for users in mainland China. Users who have purchased BTC mining machine products (including “mining machine + custody”, “one-stop” and “worry-free mining” will suspend the provision of mining machine custody services, and the machine will be powered off from today (23rd).

It is worth mentioning that Musk issued an article yesterday: In the battle between fiat currency and cryptocurrency, he supports cryptocurrency. Arouse the attention of the whole world. 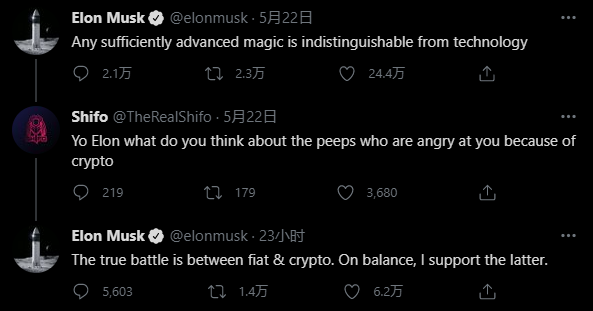 Reminder : Investment is risky, and you need to be cautious when entering the market. Digital currency investment has greater risks and unpredictability, and this article does not constitute any form of investment encouragement and advice.