Netflix has now announced the number of movies and TV dramas played last week. The fifth season of “The Crown” ranked first, and the viewing time exceeded 100 million hours. 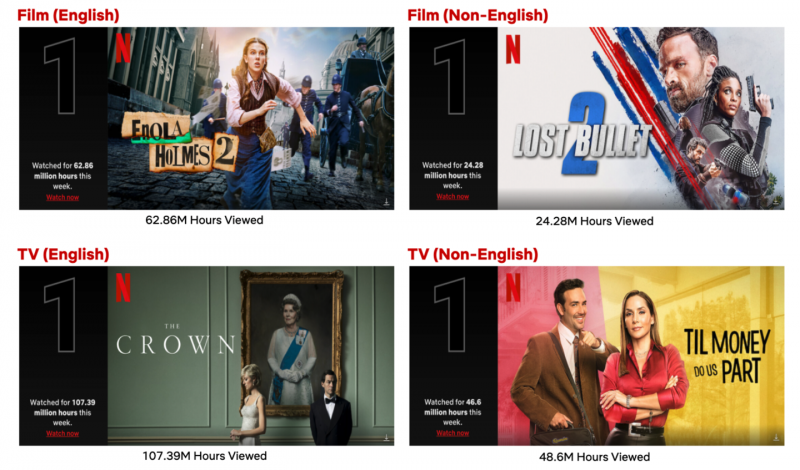