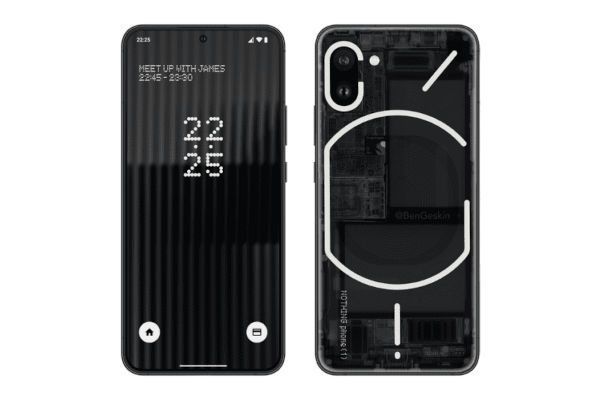 Last year, Carl Pei’s startup, Nothing was introduced and it went ahead to launched the Nothing Ear (1) TWS earbuds as its first product in July. Since it came with a semi-transparent design, it stood out from the other TWS earbuds. The brand confirmed last month that its first smartphone, dubbed the Nothing Phone (1), will be unveiled on July 12.

Recently, Nothing revealed the rear design of the upcoming smartphone. Now, a hands-on video of the Nothing Phone (1) by Marques Brownlee has appeared on YouTube to showcase its entire design in full glory. Unfortunately, it does not say anything about the specifications of the device. 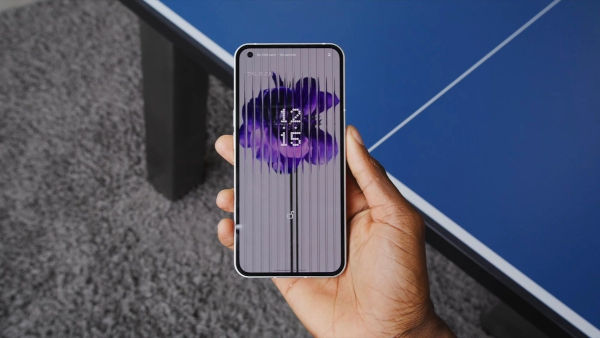 The front side of the Nothing Phone (1) looks like any other Android smartphone. It has an AMOLED panel with symmetrical bezels. A punch-hole is available at the upper-left corner of the display. 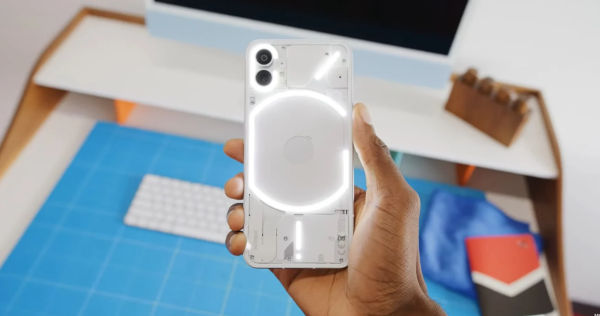 Flipping the device on its back reveals its unique design. The LED strips available on the rear shell of the device are called the “glyph interface” by the brand. It’s decked out with over 900 individual LEDs. Brownlee revealed that all the LEDs glow up for notifications. The C-shaped LED strip lights up while wireless charging or reverse wireless charging.

The LED strip at the bottom works as a progress bar for charging. All the strips can light up simultaneously to function as a flash for the camera. In addition, there is a red LED on the back that functions as a recording indicator. There is a dedicated Glyph interface setting on the device for customizing how the LED strips glow.

The Nothing Phone (1) comes preinstalled with 10 ringtones. Each ringtone has a light pattern that syncs with the ringtone. Users can pair ringtones with specific contacts. The company is expected to add more light patterns for notifications from different apps through a software update when the device is announced.

Meanwhile, If you are interested in getting the Phone (1), you can participate in the auction that runs between June 21 and June 23 on StockX. The top 100 bids will get the device.