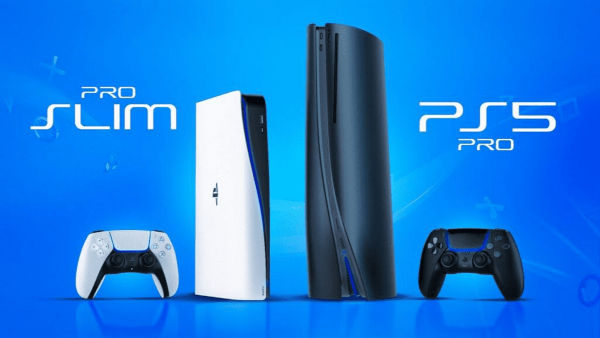 Despite the crisis rocking the semiconductor chip, Sony’s PS5 has remained very strong in the market during the past year. For now, no info on when (or if) the PS5 Slim and PS5 Pro versions will arrive, but a designer imagined what these devices would look like — and the result was very good.

The mind behind the concepts is the artist Jermaine Smit. He redesigned both versions of the console with rounded and smaller edges compared to the original edition. Despite the lack of a slightly larger air outlet — after all, the Pro version will definitely demand more from the hardware — the models are beautiful and already give us an idea of what they might appear in the future.

Some recent rumors about the supposed PS5 Pro say it could make it to the end of 2023 and bet heavily on games with 8K resolution. Furthermore, speculation also assumes that the device would cost between $600 and $700. Which is a considerable amount over the original model.

The PlayStation 5 has completed its first anniversary, but still feels like a brand new console. The fact is just a few lucky consumers have already acquired the console. Due to the ongoing crisis in the semiconductor industry, Sony is having serious troubles trying to push the consoles to stores. The consoles become available for a brief period of time and quickly go out of stock. There are limited quantities and the scalpers are also there to purchase units and resell them for twice the price.

According to recent reports, the PS5 situation won’t normalize until the end of 2022. That’s the estimated time when the industry will see a slight relief in the supply chains.

According to recent rumors, Sony is already working on the PS5 Pro. If the rumors are accurate we can expect it for 2023 / 2024.