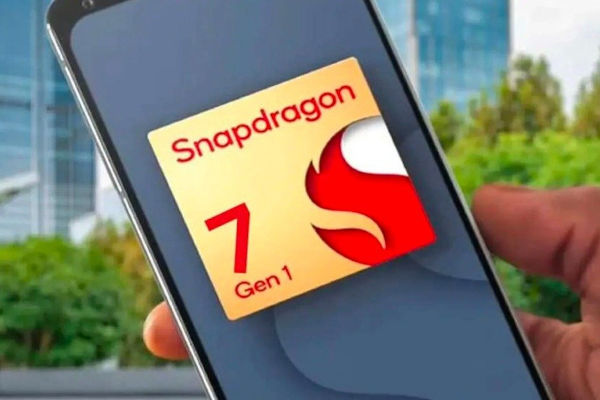 The Snapdragon 7 Gen 1 processor comes with several first features. Qualcomm has confirmed that smartphones from Xiaomi, OPPO, and Honor powered by the newly announced processor will arrive in H2, 2022. OPPO’s Reno8 Pro is expected to be the first phone with the said SoC to launch on May 23rd.

The Snapdragon 7 Gen 1 processor is based on a 4nm process. It packs four Cortex-A710 cores clocked at 2.4GHz and four Cortex-A510 cores. It has Adreno 662 GPU that offers 20 percent faster performance than its predecessor. The new Snapdragon processor is also equipped with an X62 5G modem that is capable of 4.4Gbps download speeds and dual 5G connectivity. It supports WiFi-6E and Bluetooth 5.3 along with Snapdragon Sound and aptX support. The chipset can handle up to 16GB LPDDR5 RAM.

The Snapdragon 7 Gen 1 comes with Android SE and a Trusted Management Engine that promises optimal security for digital keys and wallets. The processor is compatible with modern-day navigation satellites such as GPS, GLONASS, BeiDou, Galileo, NavIC, and dual-frequency GNSS.

WhatsApp Is Rolling Out Request Account Info On Desktop