RedMagic 6 series to launch in Indonesia in July 2021 « Naijatechnews

RedMagic 6 series to launch in Indonesia in July 2021


The Red Magic 6 series is set to launch in Indonesia next month. The company has just announced that its latest flagship lineup will be available in the region starting in July 2021.

Talking about the upcoming lineup, the Red Magic 6 and 6 Pro will sport a 6.8 inch AMOLED display with FHD+ resolution. The screen also offers a 165Hz high refresh rate as well along with a 500Hz single finger touch sampling rate and a 360Hz multi touch sampling rate. On the front, the display offers a 91.28 percent screen to body ratio and full DCI-P3 color gamut. Under the hood, the series is powered by Qualcomm Snapdragon 888 chipset. This is paired with LPDDR5 RAM and UFS 3.1 storage.

Other notable features include the 300Hz Dual Pro Shoulder Triggers on both devices alongside the Game Boost Switch button and Game Space 3.01. Both devices will be powered by a large 5,050mAh battery pack that supports 66W fast charging. One of the primary differences between the base and Pro variant is the rear panel design, with the latter featuring an aero grade heat dissipation ice blade design, built with high thermal conductive aviation aluminum alloy materials. 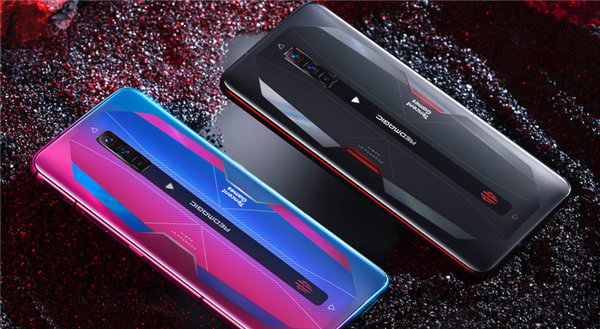 Unfortunately, the company has yet to officially reveal the pricing of both smartphones as of right now. Although, it has been revealed both devices will arrive in a single configuration, namely 12GB of RAM paired with 128GB of storage for the base variant and 16GB of RAM + 256GB storage variant for the Pro version. The former will arrive in a single Elipse Black color, while the latter will be available in a Moon Silver color. The company will launch the devices through offline and online channels.