News on May 27 Microsoft will launch the Win10 Sun Vally update at the end of 2021, which is expected to bring a new system default icon and redesign the interface based on the Fluent design language . According to foreign media WindowsLatest news, the new version of the Windows Task Manager icon has been exposed recently. It can be seen that the new version of the icon has changed the original three-dimensional style, only displaying curved graphics and borders, and the color has also been deepened and gradual processing has been performed.

It is worth noting that the line chart in the task manager icon is very similar to the old version, except that it has been bolded.

Foreign media said that in addition to the task manager, the icon of the *.msi file installation package has also undergone major changes . The CD-ROM style is still retained, but the appearance of the computer is updated to a modern LCD display, and the left side Packing box 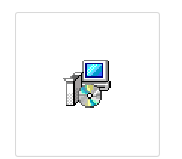 Naijatechnews previously reported that the Win10 Sun Valley update will redraw the default icons of all underlying applications of the system , and will use the Fluent design language, which is more visually unified. These icons have been extracted and can now be downloaded.