Xiaomi TV A2 Launched With Up To 4K Resolution, Dolby Vision 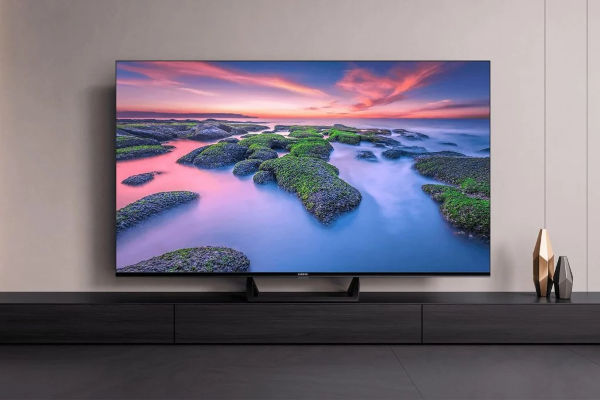 Yesterday, Xiaomi launched the Xiaomi Smart Band 7 (aka Mi Band 7, Xiaomi Band 7) for European markets. At the event, the company also announced three more products. One of them was the Xiaomi TV A2 series. Let’s take a look at this new smart TV range from the firm.

At the end of May, Xiaomi debuted the Xiaomi TV F2 series running Amazon’s Fire OS with the Fire TV interface. Less than a month later, the company has now introduced the Xiaomi TV A2 series with the Android TV operating system.

All of them have a 60Hz refresh rate and a 178° viewing angle. However, the 4K models also carry support for 10-bit color depth, MEMC, HDR10, HLG, and Dolby Vision.

They are powered by a quad-core chipset featuring ARM Cortex-A55 cores. But the 32-inch variant has an inferior ARM Mali G31 MP2 GPU instead of ARM Mali G52 MP2 like other models.

Though all of them carry support for Dolby Audio and DTS HD, the 32-inch model houses 2 x 10W speakers instead of 2 x 12W speakers like the others. Anyway, all variants come with Google Assistant (via remote control), Chromecast Built-in, Miracast, and support for leading streaming platforms.

Xiaomi has only revealed the price of the 55-inch variant so far. This version of the Xiaomi TV A2 will retail at €529 in Europe. There’s no official word on availability yet.

On the other hand, the smaller models should cost below the aforementioned price tag.