YouTube has revealed that it will temporarily slow down streaming quality in Europe to lessen the pressure of European networks, according to the Reuters news agency, due to the coronavirus pandemic that has quarantined the population resulting in more videos being watched home.

Although YouTube has said it has not seen significant increases in traffic due to the coronavirus, it is taking steps to ensure that users who watch home video will not cause any problems with Europe’s network infrastructure.

The move makes YouTube the second company to follow the European Union’s appeal, as Netflix has announced that it will also reduce streaming quality. It is unclear to what extent YouTube will reduce video quality, Netflix said the measures it will take will reduce the overload of European networks by about 25%.

Have you noticed a change in the quality of the videos you watch on YouTube? 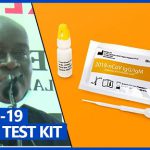