The Doogee S59 is the standard version of the Doogee S59 Pro. The handset is a rugged device that packs a 1050 mAh battery and a 2W powerful speaker. So the smartphone is specially built for entertainment and it has an impressive camera setup as well. 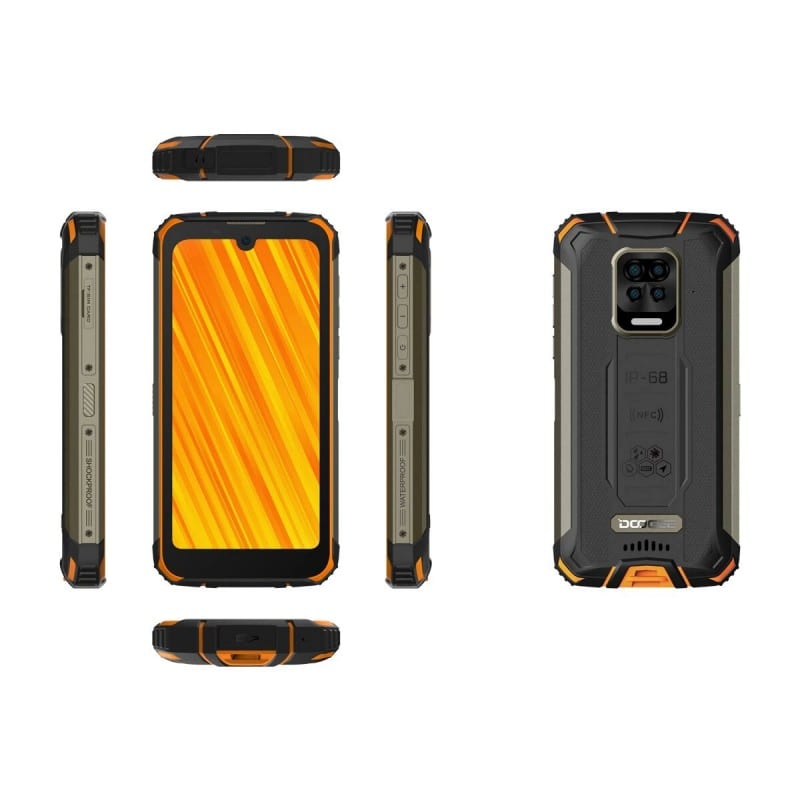 Just like the Doogee S59 Pro, this standard model has a great body that protects itself from water damage. The microphone, speaker, and charging port are built with an added coating of high-density macromolecules to make them invulnerable to water and dust.

For this reason, we can fully say that that the Doogee S59 is water-resistant. Apart from the IP68 rating, it also has IP69K and MIL-STD-810G certified. This means it’s resistant to damage caused by falls and shock.

On the front, it comes with a display size of 5.71 inches that has a resolution of 720 x 1520 pixels under an IPS LCD panel. Further, it features a 1000:1 contrast ratio, Scratch resistant, and also has Corning Gorilla Glass 5.

On the camera aspect, the Doogee S59 comes with a four cameras AI configuration. The main camera is 16 MP that promises to capture clear photos and this is accompanied by an 8 MP ultra-angular lens, another 8 MP macro lens, and a 2 MP depth camera.

The front camera is 8 MP for selfies. Since the handset is water-resistant, it has an underwater capture mode that allows you to take photos when you swimming or diving.

On the hardware, the Doogee S59 is powered by MediaTek Helio P22 MT6762 chipset with an octa-core processor clocking at a frequency of 2.0 GHz. With the 4GB RAM, the phone will surely handle multi-tasking at high speed. It has an inbuilt memory of 128GB and it’s still expandable. Booting the handset is Android 10 OS out of the box.

The Doogee S59 has a non-removable battery of 10050 mAh that promises to run an intense gaming section for hours. Yes, the juicer will be able to last for 2 days on a single charge. It has support for 24W fast charging that can charge the phone to 100% in 3 hours. It features a 4G network and dual SIMs.

Other features on the phone include a fingerprint scanner, FM radio, GPS for location and there is also an NFC compatible with Google Pay which is now the best method to make payment instead of bank cards.

Here are a few specs of the Doogee S59: