The Doogee S97 Pro takes over the spot formally held by the Doogee S96 Pro. As a successor, it sort of offers upgrades that make it a capable smartphone. The highlights include a more capable processor, a bigger battery, a laser distance measurer (laser rangefinder), and more. This article runs you through the Doogee S97 Pro specs, price, and best deals, in a bid to help you make your purchase decision. 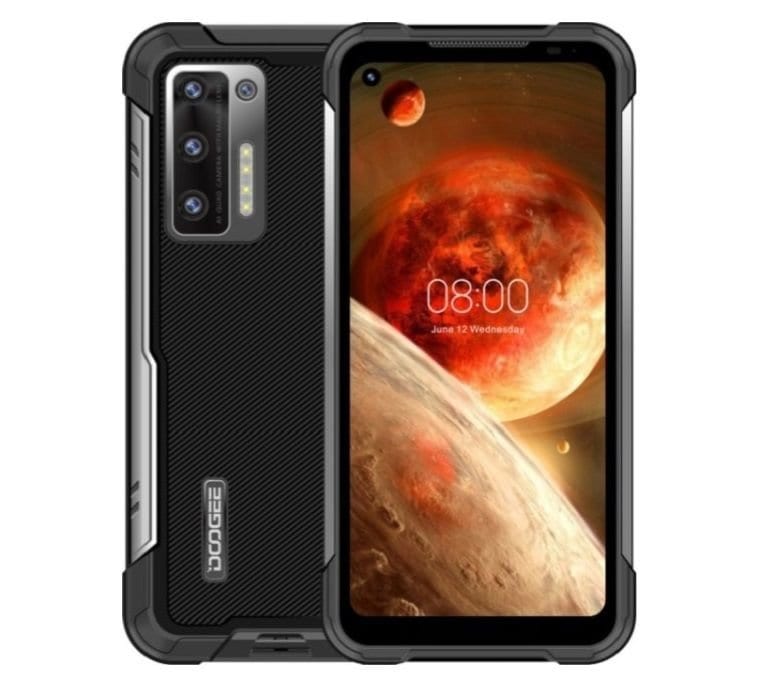 Taking a glance at the design on the S97 Pro and comparing it to that of the S96 pro, sort of shows Doogee is playing a game of shapes.

Take, for instance, the circular camera model on the rear of the S96 Pro has been replaced with a square camera module, which you will find the Doogee logo beneath it, revealing its identity as a Doogee smartphone.

Upfront, we discover a 6.3-inch IPS LCD display with a hole punch, as opposed to the drop notch on its predecessor. The highlight of this display includes a resolution of 720 x 1560 Pixels and a density of approximately 282 PPI.

There may be design tweaks that operate the Doogee S97 Pro from its predecessor, however, the main design system that has sort of becoming dominant in the series remains the same.

We are once again been offered a smartphone with a rugged chassis designed for touch conditions. This means we do not necessarily have to bother about damage due to fall, water, or dust, provisions were made for these likely events.

Having capable cameras, can be marked as one of the features that isn’t really looked out for when in the market for a rugged smartphone, however, doogee has managed to pack a set of capable cameras in the Dooge S97 Pro.

The rear setup on the Android phone, includes a 64MP primary camera, an 8MP ultrawide camera, a 5MP macro camera and a 5MP depth camera. While upfront, we have a single 16MP sitting in te punch hole camera on the display.

On the performance hardware division, we have the MediaTek G95 processor, which is an upgrade of the Helio G90 processor on the Doogee S96 Pro.

Also on the performance side of the Doogee S97 Pro, we have 8GB of RAM, 128GB of internal storage and a non-removable 8500 mAh battery paired with a 33W fast charging for lesser charge time. The smartphone also supports 10W Wireless charging.

On the software side, we have got the Stock Android user interface running on the Android 11 operating system.

Doogee S97 Pro price starts at around $279 at leading online stores. It will be officially launched on June 21, 2021, though you can pre-order now at AliExpress.

Here are a few specs of the Doogee S97 Pro: