Elon Musk Put Profit First with Twitter – About to Fail? 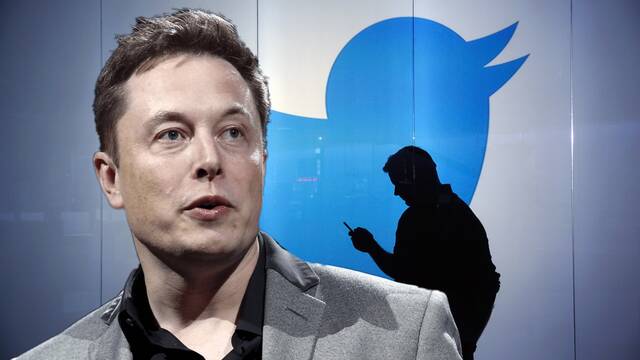 Whatever we have on Twitter before Musk’s takeover was built over decades. However, in the first week of Musk’s takeover, he set decades of hard work of management gurus aside. He is impatient and wants to change Twitter quickly. Thus, he immediately fires several executives and laid off about half of his staff. He also came up with new product ideas that would charge regular users an authentication fee.

However, industry executives and corporate advisers say Musk’s swift action stands in stark contrast to many new company leaders. These leaders typically use their first 90 days to meet with employees and listen to their concerns. They do this before embarking on a strategic shift. They also evaluate how they can improve the company’s products. However, it appears that Elon Musk did not do this.

“At the very least, it’s an unconventional approach,” said Joel Peterson, former chairman of JetBlue Airways, who has served on dozens of corporate boards and advised CEOs across industries. “It’s unconventional, unusual, not something everyone does, but I really don’t blame him for that. “

Musk has described himself as a “micromanager” who focuses on the smallest details. Industry executives and consultants noted that he appears to be adopting many of the management strategies he used to create Tesla and SpaceX. This includes a hands-on approach to product decisions, a distaste for corporate structure and a focus on speed. Tesla is now the most valuable car company in the world. Also, SpaceX is the busiest rocket launch company in the world.

Management experts have long said that the first few months of an executive tenure are critical. This is a time during which a company’s CEO can plan their agenda and begin to reset the corporate culture.

Haste is not enough

Peter Crist, chairman of the executive search firm, Crist Kolder Associates, notes that new leaders typically spend the first few months getting to know the talent within the company, understanding the strengths and weaknesses of their employees, and then making personnel adjustments.

Here’s Why You Should Stop Using SMS

What Is an APT?

“Typically, outside CEOs don’t clear old accounts on day one,” Crist said, adding that rapid personnel changes can create uncertainty for those who stay, “The business model has to be stable. It is important that the available talent also stabilizes. And this has to be done relatively quickly.”

Hubert Joly, the former CEO of retailer Best Buy, said a listening tour with customers and employees can be helpful in the initial stages of planning the company’s transformation. When Jolly took the helm at Best Buy in 2012, he spent days at retail stores observing customer behaviour and holding pizza meetings with employees. At those gatherings, he would ask employees three questions: “‘What works? What doesn’t work? What do you need?” Jolly said.

Jolly said that while he also wanted to act quickly, he resisted the temptation to quickly close stores or lay off workers. He also resisted the temptation to immediately impose his ideas on the company without knowing what was going on. He said, “My job is simple: show up, ask these questions, listen carefully, take notes, do what they tell me because they know all the answers,” he says of employees.

Elon Musk is treating Twitter like a startup. However, the problem with startups is that most fail. He’s making or promising to quickly make many changes to Twitter, which are common among tech startups. This makes sense when a company is small and keeps draining investors’ money. Few in the tech world are as familiar with this cliché as Elon Musk. He has run or helped create companies like SpaceX, Tesla, and PayPal. In fact, no other entrepreneur can match him in terms of their combined market capitalization.

However, Twitter is not a startup, it is an established company. If Musk moves too fast and destroys too many things at once, he could lose a lot. Even after the massive layoffs announced on Friday, Twitter still has thousands of employees, a lot of code and technical debt (referring to programs that need improvement), about $5 billion in annual revenue and nearly 240 million daily active users. Unlike startups, Twitter pays back more than $1 billion in interest a year, among other expenses, stemming from the money Musk borrowed to buy Twitter.

While Musk has accomplished tasks in the past that many thought was impossible, Twitter is nothing like the challenges he has tackled before. His often touted “first principles” thinking is very useful for creating new material goods, but he shows the opposite of the tricky diplomacy required to run a social network. In social networks, leaders must balance the needs and desires of advertisers and users, not to mention regulators and politicians. At the same time, he also oversees editorial decisions on what is and isn’t allowed.

Facebook founder Mark Zuckerberg once likened running a major social network to waking up every day with “a punch in the stomach”. Musk’s style has always been jovial and combative, and his response to reality has been a tweet back. His actions spooked advertisers, who had rightly recognized that the actions of the head of one social network implied what others were allowed to do on the site. Musk said that Twitter was losing more than $4 million a day, so he was in a hurry and had to lay off staff. However, there is an old saying that you can’t eat hot tofu in a hurry.

How to Enable Kids Mode in Microsoft Edge

2022’s Most Notorious Hacks and Leaks