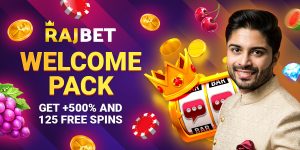 On the morning of January 7, it was reported that Facebook was still panicking about the upcoming iOS 14 privacy changes. The company sent an email to businesses on Wednesday telling them that Facebook had no choice but to comply with iOS 14’s App Tracking Transparency . Otherwise, Apple may completely remove Facebook from the app store.

According to initial media reports, Facebook has sent a round of emails to companies informing them that although the company does not agree to Apple’s privacy changes, it has no choice but to follow these changes. Facebook stated that the application tracking transparency feature requires applications to obtain user consent before tracking users through other websites and applications, which will “have a significant impact on targeting, optimizing and measuring the effectiveness of activities.”

The company also stated that it believes that “personalized advertising and user privacy can coexist,” which is what Apple said. However, the two companies obviously have different definitions of “user privacy”.

“Apple requires all apps in the App Store to display prompts to iOS 14 users, which will have a major impact on the effectiveness of corporate activities advertised on mobile devices and the Internet. This change by Apple will benefit them, but at the same time, The industry as a whole will damage companies that achieve growth through personalized advertising. We believe that personalized advertising and user privacy can coexist.” In the email, Facebook also told companies that it had “no choice” but to display the prompt. Otherwise, Facebook believes that Apple can completely remove Facebook and other applications from the App Store.

Finally, Facebook said that if users choose to opt out of tracking, the “ad effect” may be compromised.

This is not the first time Facebook has warned companies about the potential impact of iOS 14’s new app tracking transparency feature. Last month, media reports stated that Facebook warned users of the impact of Apple’s privacy changes on marketing efforts. Facebook also published full-page ads in American newspapers to criticize this change of Apple.

The application tracking transparency feature will be launched early this year.