How to copy and capture text from PDF documents and images

You will certainly have had the need to copy or modify the scanning of some PDF documents or images.

But the file is an image and consequently the text cannot be copied and pasted into a text editor, apparently, you have to redo everything by hand.

In reality, there are OCR (Optical character recognition) software that can recognize and capture and copy text from an image or a PDF.

10 programs to capture and copy text from pdf and images 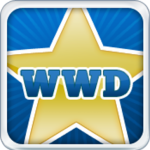