The Federal government of Nigeria has launched the first indigenous phone called ITF Mobile. The first made in Nigeria phone was presented to President Muhammadu Buhari by the Otunba Niyi Adebayo, the Minister of Industry, Trade and Investment.

According to Mr Adebayo, the phone is one of the 12 cell phones produced, using locally sourced components by the electrical/electronics technology department of the Industrial Training Fund’s (ITF) Model Skills Training Centre.

He said, “12 indigenous mobile cell phones produced by the Model Skills Training Centre of the Industrial Training Fund, an agency under Ministry of Industry Trade and Investment, were launched.

“It gives me great pleasure Mr President, to present you with one of the phones.” 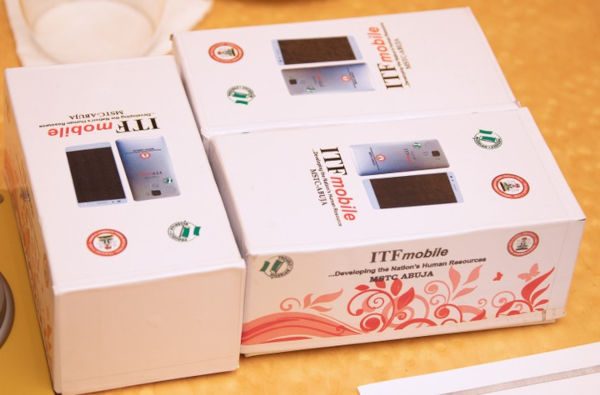 The handset runs Android and it is made from components 100% locally sourced from Lagos and Aba, Abia State, Nigeria.

The phone is set for mass production.