Maverick Hunter X features new cutscenes that will precede every boss battle and an all-new, unlockable film that details the Mega Man X universe. By defeating bosses, X acquires weapons that can be used to unlock new paths through other stages. Armor parts are also hidden throughout the game and it gives players the ability to access additional areas and items. 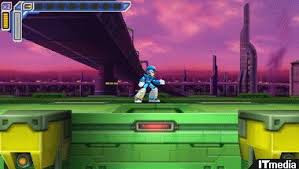 You can reach the frantic heights which the X series has become known for by jumps, dodges, wall jumps, and high speed. The game comes with new graphics that are rendered as 3D models amidst a vividly updated environment. You will also enjoy some background music & sound effects.

The player’s style is more focus on offensive combat action, with an emphasis on technical maneuvers and advanced moves.

That’s the link to download and after downloading it, you will have to extract the game and then play it via your emulator.