Recently DxOMark announced the sensor evaluation of the Nikon Z7 II full-frame mirrorless camera. This camera was released at the end of 2020, equipped with 45.7 million pixels BSI back-illuminated CMOS , supports 5-axis anti-shake, and can perform 4K 60p video shooting. The camera’s sensor score is 100 points, which is tied for third place with cameras such as Sony A7R III and Nikon D850. At the same time, it is 1 point higher than the previous generation Nikon Z7.

Judging from the scoring results, this camera has a maximum color depth of 26.3bits, a maximum dynamic range of 14.7EV , and excellent noise performance.

Naijatechnews learned that the Nikon Z7 II mirrorless camera has a continuous shooting speed of 10fps, has a 3.69 million-dot viewfinder and a 2.1 million-dot LCD touch screen. The camera is upgraded to dual card slots, compatible with CFe/XQD and SD cards, and supports WiFi and Bluetooth connections. 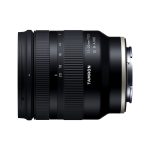