Leaks of the upcoming OnePlus 8 and OnePlus 8 Pro smartphones are coming more frequently. The latest leak doesn’t reveal any new information, but it is something we haven’t seen yet. A report from True Tech cites an unnamed reader, who claims they are a OnePlus employee. The image below was submitted – a shot of the alleged OnePlus 8 Pro’s display.

The display is showing the 120Hz setting of the OnePlus 8 Pro, something that OnePlus has already confirmed for its upcoming smartphone, though only through a couple of teasers. The new display would be able to show screen contents in 120Hz, as well as 90Hz (like the 2019 OnePlus 7 phones) and the standard 60Hz.

One thing the report is wary about is confirming that the OnePlus 8 Pro would even be able to display 120Hz above Full HD+ resolution (the OnePlus 8 Pro is expected to come a QHD+ panel). Above the display is a circular punch-hole selfie camera, as previously seen in CAD renders of the upcoming phone. OnePlus intends to drop the pop-up selfie camera this year.

OnePlus is rumored to be releasing three variants this year including a standard, Lite, and Pro version – only the latter is expected to have the 120Hz display but we hope it’s the top two.

OnePlus will enable motion smoothing on the new phone so all videos can take advantage of the smoothness. The verdict is out on whether people will enjoy the added smoothness or cringe at the surrealism.

There’s still no word on when the new OnePlus trio will be arriving, we’ll likely get a better idea leading up to or following MWC.

OxygenOS 10 Base on Android 10 OS: Offers a fresh, fast platform to help you stay connected and productive while you’re on the go.

Oneplus 8 Pro packs triple rear camera setup with a 60MP primary Sony IMX686 sensor with f/1.7, there is OIS and EIS on the main camera and it is paired with a 16MP ultra-wide camera and a 13MP camera with 10x Hybrid zoom. The dedicated light sensor enables the camera to capture more light in dark environments for better pictures. Also includes dual front-facing cameras, a 32MP Samsung GD1 sensor and a ToF 3D depth sensor.

It provides plenty of storage space for your contacts, music, photos, apps and more. Expand storage up to 256GB by adding a microSD card (sold separately).

4500mAh Battery and 10V5A Super Warp Charge. Ultra Power Saving mode lets you keep your phone powered on for longer in between charges. This mode changes your screen to black and white and shuts down all unnecessary features to dramatically minimize battery consumption.

OnePlus 8 Pro is equipped with an in-display fingerprint reader. Share your 4G data connection with other compatible wireless devices. Store and play your MP3 files on your phone. 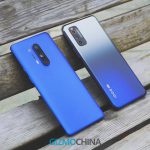