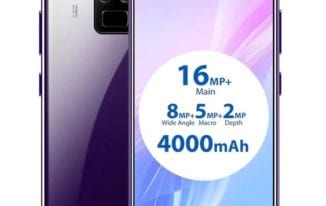 Note: We may earn a commission when you buy something through the affiliate links above.

The Oukitel C18 Pro flexes its muscles in the low budget smartphone category, offering capable smartphone hardware for a price that falls under the $100 budget. It packs an Helio P25 processor, Pental cameras, a 4000mAh battery, and lots more, all packed in chassis that appears to be one of the most attractive on smartphones under this price range. 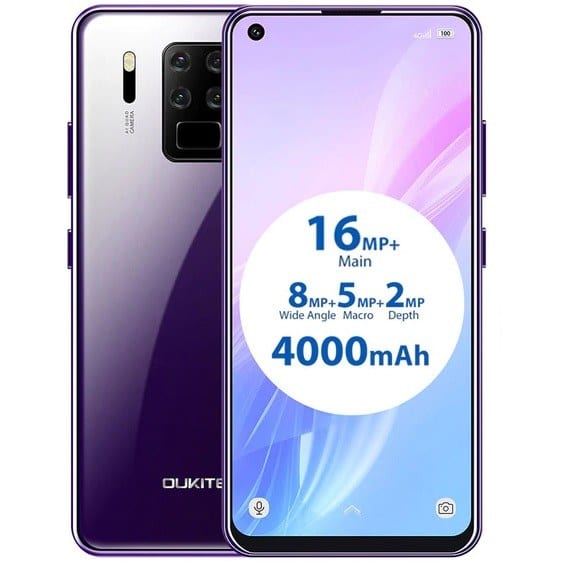 The Design and Display

The design on the Oukitel C18 Pro speaks a different message. There is a high chance that you are going to mistake it for one of those high-end smartphones when looking from afar.

This is facilitated that the fact that it features a very beautiful design that looks a lot like a design from a flagship Android smartphone.

On the rear, you have got a glossy design finish that changes color shade depending on how the light hits it. This rear panel is also home to a square module that houses four cameras and a capacitive fingerprint sensor. You will find a camera flash and the Outikel bearing, which tells you its an Outiktel smartphone.

Upfront we have a 6.55-inch FHD+ display, which is home to a hole-punch camera. This display is based on an IPS panel and has a screen resolution of 1600 x 720.

The Oukitel C18 Pro sort of does a good job of trying to spread its tentacles in the camera department. Despite being on the low budget zone, you are offered a variety of camera features that helps in taking good smartphone photos.

The rear camera system is home to a quad-camera setup that comprises a 16MP primary camera with a Sony sensor, an 8MP wide-angle camera, a 2MP depth camera, and a 5MP macro camera.

Selfies on this mobile phone are manned by a single 8MP which makes use of an on-screen flash for bright photos.

The Oukitel hardware package was designed to handle tasks that aren’t power-intensive, something that is common amongst smartphones in the low budget category.

On the software side, the Oukitel C18 Pro runs its interface on top of the Android 9.0 operating system, which is expected to be upgraded to Android 10 later.

The Oukitel C18 Pro is currently available for purchase and can be purchased from leading online retail stores like Gearbest.

Here are a few specs of the Oukitel C18 Pro: