PUBG developers keep on releasing PUBG Mobile beta versions at regular intervals to test out new features before implementing them in an update.

There is no denying the fact that lakhs of PUBG lovers in India are waiting eagerly for the relaunch of PUBG Mobile India, but PUBG developers keep on releasing PUBG Mobile beta versions at regular intervals to test out new features before implementing them in an update.

The latest PUBG Mobile 1.4 global version update was released few weeks ago. In order to access the beta, you need to have an Invitation Code/Binding Code that can be obtained from the global version of the game.

It is to be noted that PUBG Mobile and PUBG Mobile Lite are banned in India. The game was banned by the Indian government in September 2020 due to data privacy concerns.

The PUBG Mobile 1.4 beta has exclusive content related to the Godzilla vs Kong collaboration. Here are some of its features:

Apart from these features, a new Arena map is also available on the PUBG Mobile 1.4 beta. Players can tap here to check out the detailed features of the latest version of the beta.

Step 1: Players can download the APK file of the 1.4 beta from the link provided above.

Step 2: Next, players have to locate and install the APK file. They must remember to enable the ‘Install from unknown source’ option before doing so.

Step 3: After the installation is over, players can proceed to open the beta version and choose the resource pack.

Step 4: Once the in-game patches are done, they should click on the guest option. A dialog box will appear, asking them to enter the Invitation Code.

Players should enter the code and tap on the OK button

Step 5: Players should enter the code and tap on the yellow OK button present below. After doing so, they will be able to enjoy the PUBG Mobile 1.4 beta. 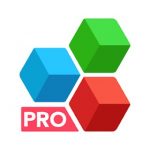