The Sony Xperia 5 III takes the position previously held by the Sony Xperia 5 II, leaving us with a more capable smartphone, alongside peculiarities we have become accustomed to seeing on Sony smartphones. This article bothers on the specs and price of the Xperia 5 III, to help you make your purchase decision.

Tech: Wi-Fi 7-Capable Phones Are Coming by End of 2022, Powered by a MediaTek Chip 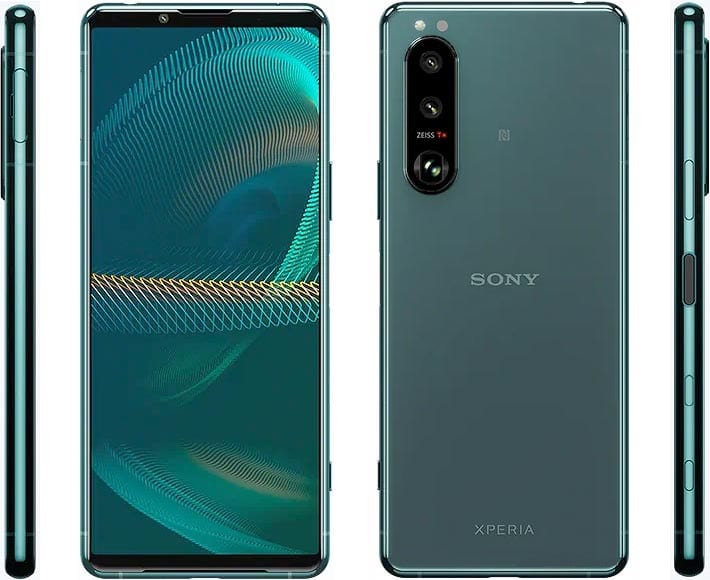 The Sony Xperia 5 III design shares cues with predecessors. we have a design system that seems to have flowed through from the standard Sony Xperia 5. Enthusiasts who love the design of its predecessor will feel at home with this rendition.

Enthusiasts who purchase this smartphone will be settling for the 21:9 aspect ratio that sort of making this display tall, especially when accessing its front panel.

Speaking of the front panel, upfront, we have a 6.1-inches AMOLED display, which has its thickest bezels on the top and bottom, which can be seen as a step to making provisions for its dual stereo speakers.

The highlight of this display includes a resolution of 1080 x 2520 Pixels, a density of approximately 449 PPI, and a 120Hz refresh rate.

On the rear, we find a camera module with three cameras. Also on the rear, is the Sony and Xperia branding, as well as an LED Flash.

The colour options on this device are in a trio set. Enthusiats will have the option of choosing black, green, or pink.

How to Enjoy Videos on Your Phone in Your TV

Tech: How to upgrade MTN Sim Card to 4G LTE

On paper, the Camera department on the Sony Xperia 5 III bears the same cameras as seen on its predecessor. It easy really a bad move, as far as the cameras perform well, however, having upgrades would have been highly appreciated. However, usage in real life may show discrepancies.

On the performance side, the Sony Xperia 5 III wades off the Snapdragon 865 as seen on its predecessor, and opts for the more recent / powerful Qualcomm Snapdragon 888 processor.

Also on board, is the Adreno 660 GPU, a non-removable 4500mAh battery, which is by 500 mAh bigger than what we saw on its predecessor. This battery is paired with a 30W fast charging mechanism, as opposed to 21W on its predecessor. Lastly the RAM and storage variants available on this device includes 128GB / 8GB and 256GB 8GB.

On the software side, the Sony Xperia 5 III runs its user interface ontop the Andorid 11 operating system.

Internet connectivity here is capped at 5G LTE, which means enthusiasts can utilize 5G speeds for streaming, download, and uploads.

The Sony Xperia 5 III was announced on the 14th of September 2021 and is expected to be available for purchase, later in the second quarter of 2021.

Here are a few specs of the Sony Xperia 5 III:

HOW APPLE SHIPPED ME A 79-POUND IPHONE REPAIR KIT TO FIX A 1.1-OUNCE…