Being a Pro smartphone, the Tecno Camon 17 Pro falls in a performance category higher than the Regular Tecno Camon 17‘s reach. It packs in a more capable processor, more RAM, faster-charging capacity, and more. This article sheds light on the specs and price, which could help guide your purchase decision. 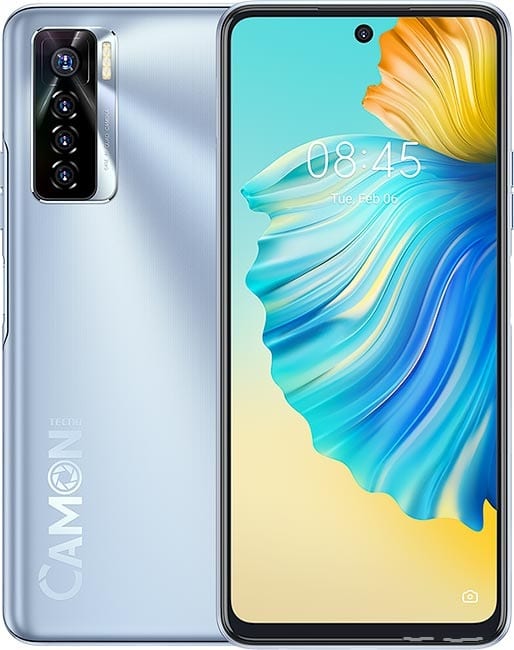 The Tecno Camon 17 Pro comes in a chassis with a design similar to what is seen on the regular Camon 17. However, there are a handful of differences that set both smartphones apart in the design department.

For starters, we have got different colour options, On the Camon 17 Pro, we have two colour options that include California Silver, Malibu Blue, while the non-pro has Frost Silver, Deep Sea, Tranquil Green.

Their screen sizes and properties are also different. The Pro has a screen size of 6.8 inches, as opposed to 6.6 inches on the regular. We also have a 90Hz refresh rate on the pro.

Moving on to the rear panel, we have the same square camera module see on its regular camon 17. This module contains four cameras an LED flash. Also on the rear is the Camon branding, which sort of indicates its Tecno smartphone.

The cameras on the Tecno Camon 17 Pro are on the more premium line, bearing a more capable setup on the rear and upfront.

Moving upfront, we have a 48MP camera instilled in the punch hole camera, as opposed to 16MP on the non-pro version.

On the performance side, we have the MediaTek Helio G95 processor taking the lead, this comes above the Helio G85 processor on the regular Camon 17.

The other performance drivers on the Tecno Camon 17 Pro.  includes a 8GB RAM, 256GB of internal storage, a Mali-G76 MC4 GPU and non-removeble 5000mAh battery paired with 25W fast charging, as opposed to 18W on the non-pro.

On the software side, we have the HIOS 7.6 user interface ontop of the Android 11 operating system.

The Internet connection here is capped at 4G, which means enthusiasts won’t get the luxury of 5G speeds.

The Tecno Camon 17 Pro was announced on October May 8th, 2021, and can be purchased from leading online retail stores like Jumia.

Here are a few specs of the Tecno Camon 17 Pro: