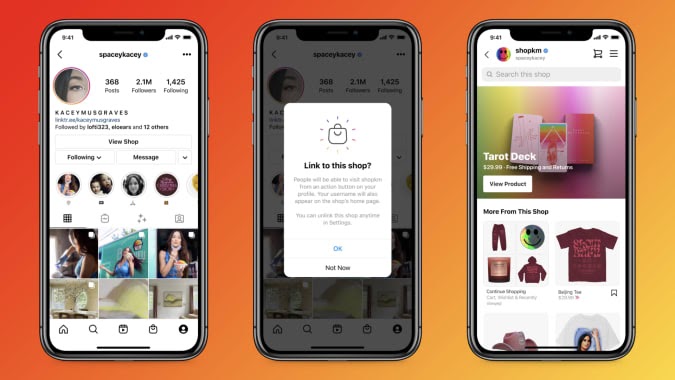 With the new program, influencers can earn additional payouts “for hitting certain milestones.” On Instagram, creators can earn “bonuses” by selling a set number of badges within their streams, or streaming with another account. On Facebook, the bonuses will come via “Stars Challenges,” which rewards creators for meeting streaming goals and completing other set tasks. 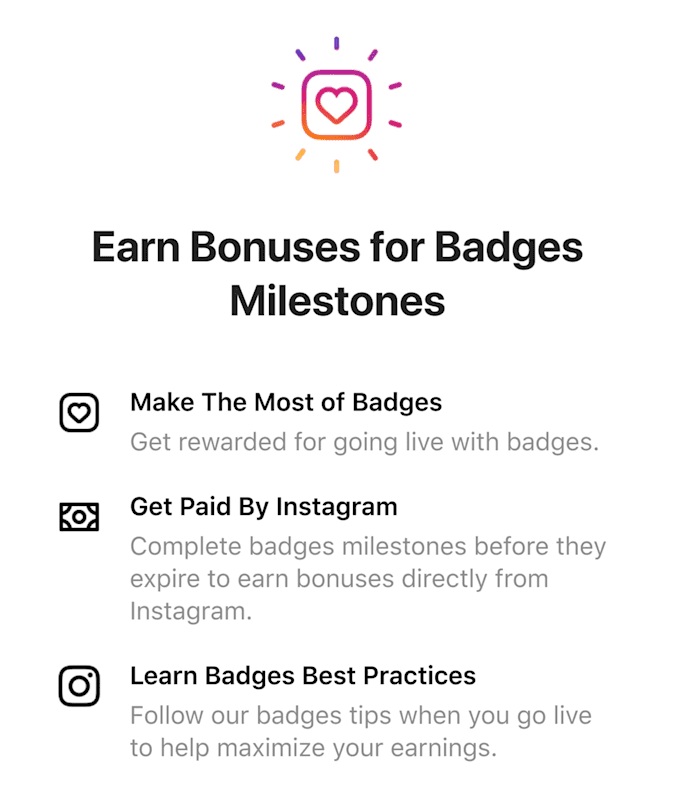 Apart from boosting revenue for creators, the new challenges could also incentivize influencers to spend more time creating content for their fans on Instagram and Facebook compared with other platforms. “We believe that you should be rewarded for the value that you bring to your fans and to the overall community,” Zuckerberg said during the event.
reported, saying that the CEO offered new details around the company’s plans to allow influencers to earn commission directly from shopping posts within the app.
“With the change, brands are able to set commission rates for the products they sell on Instagram. When creators tag those products in their posts, they’ll then earn commission based on the number of sales generated from their posts.”

Instagram plans to start testing the features “with a small group of US-based creators and businesses including Benefit, Kopari, MAC, Pat McGrath Labs and Sephora.”
inally, Instagram is allowing creators who already sell their own products to link their existing storefronts to their Instagram profiles. Zuckerberg had previously teased the “creator shops” feature, but it’s now rolling out to creators.

Facebook introduced the new tools as it steps up its efforts to woo creators, who have an increasing number of platforms available to monetize their following. While Instagram’s biggest stars have been able to strike sponsorship deals with brands in the past, the platform hasn’t done as much to facilitate these kinds of arrangements, particularly for up and coming names who might not have as much name recognition. But Zuckerberg has recently talked about the need for a kind of “creator middle class” that can make the platforms sustainable for a wider range of people.
At Creator Week, he also — again — emphasized that Facebook intends to have more favorable terms than those imposed by Apple, when it begins to take a cut from creators in 2023. He didn’t say what those terms would be, but that “it’s going to be less than the 30 percent that Apple and others take.”