The ZTE Nubia Z30 Pro comes in as one of the smartphones bearing the flag of the Nubia Z-series, after the Nubia Z20. It sheds off the dual-display that sort of placed the Z20 on the headlines, which leaves us with a very traditional design, packing more powerful a smartphone hardware. 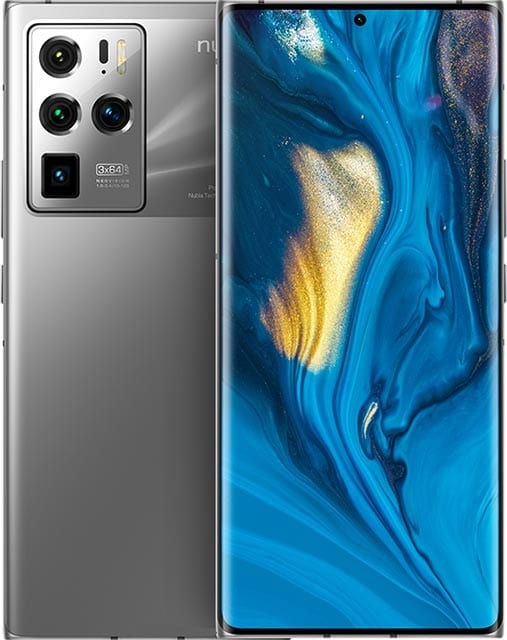 The ZTE Nubia 30 pro’s design may look different from the Z20’s, but it certainly isn’t a new / innovative design.

Perusing the design on this device could leave you with a notion that it was inspired by the Samsung Galaxy Note 20 ultra, as we have a lot of resembling cues.

For starters, we have got round edges on this device. Moving on to the rear, we have a very conspicuous camera bump in a distinguished square with darker tone colour. This square also bears the Nubia branding, which is enough for enthusiasts to tell it’s a ZTE smartphone.

Moving up front, we have a 6.67-inch AMOLED display with a punch-hole camera in the middle. The highlights of the particulars of this display include a resolution of 1080 x 2400 Pixels, a density of approximately 395 PPI, and a 144Hz refresh rate.

On the camera department of the ZTE Nubia Z30 Pro, we have one of the most capable setup on a smartphone in recent times.

As for the front cameras, the details on the specs weren’t available as at the time this article was written.

Moving on to the performance facilitators on the ZTE Nubia 30 Pro. We have the Qualcomm Snapdragon 888 as the Chief, alongside the Adreno 660 GPU.

On the software side, we have got the Nubia UI 9 user interface running on the Android 11 operating system.

Internet connectivity on this device is capped at 5G, which means enthusiasts will be able to utilize 5G connectivity as long as they are in an area with reception.

Here are a few specs of the ZTE Nubia 30 Pro: